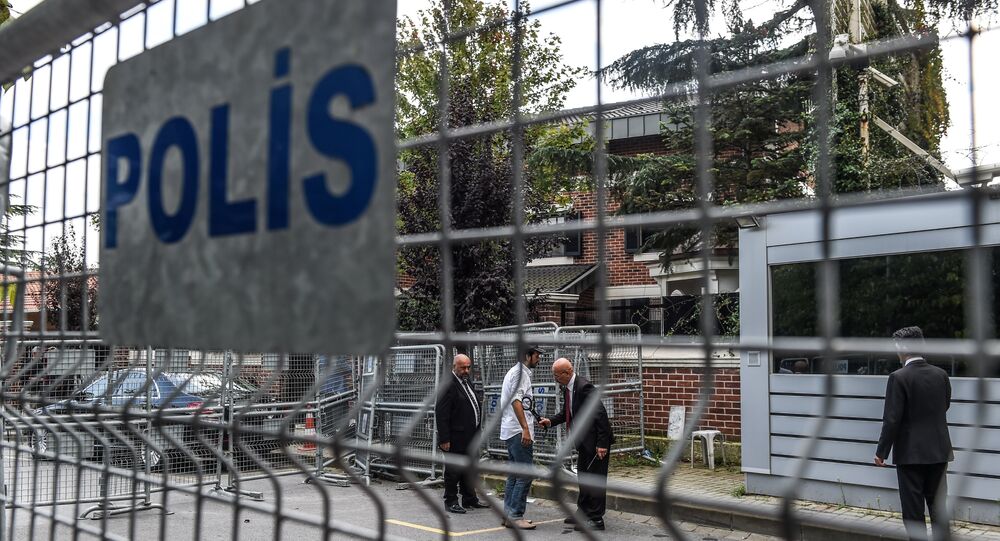 Riyadh has proposed letting Turkey inspect the Saudi Consulate in Istanbul amid an investigation into journalist Khashoggi's disappearance; the Saudi-born man vanished 2 weeks ago after entering the embassy. The Kingdom said that Khashoggi had left the building unharmed. The Saudi king has ordered an internal investigation into the Khashoggi case.

Turkish police found evidence during a probe in the Istanbul-based Saudi Consulate that Saudi reporter Jamal Khashoggi had been murdered, the Turkish television network NTV reported on Tuesday.

Jamal Khashoggi, a Saudi journalist known for his criticism of the government's policies, went missing on October 2. He was last seen when he entered the Saudi consulate in Istanbul to obtain a marriage document. The Saudis insisted that he left the building later the same day and offered Turkish authorities the opportunity to search the Consulate General building if necessary.

Ankara has earlier claimed that Khashoggi could've been arrested or even killed while inside the diplomatic mission, which Riyadh has vehemently denied.

A previous inspection, conducted jointly by Saudi and Turkish investigators, reportedly obtained some evidence relevant to the Khashoggi case proving that the journalist had never left the building.

A number of countries have voiced concerns over the case; US President Trump threatened to impose "severe punishment" on Saudi Arabia if it turns out that Riyadh is behind the suspected killing.