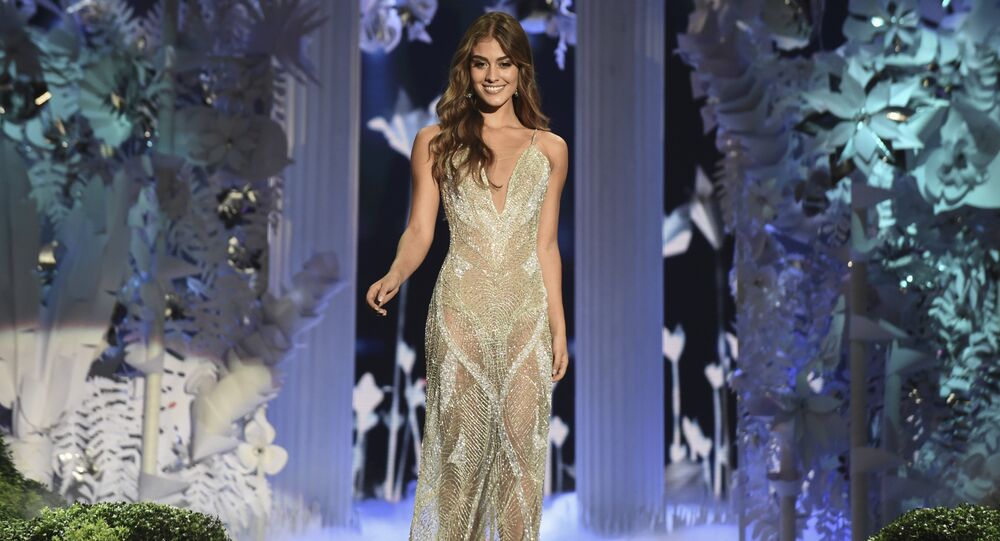 As the most beautiful models from around the globe are preparing for the Miss Universe pageant that will take place in Bangkok, Thailand, in December, the beauty competition has drawn much controversy, even from its contestants.

The new  Miss Colombia, Valeria Morales, has been slammed as intolerant after suggesting that transgender people shouldn’t compete for the sparkly Miss Universe tiara, alluding to 27-year-old Angela Ponce, who made history earlier this year by becoming the first transgender woman to ever be crowned Miss Spain.

"I think that beauty shows like Miss Universe should be for women who are born women, and I think it would be a disadvantage for Ponce too. Therefore, we should respect her but not share it with her," Morales said in an interview with Colombian television.

TWEET: “Miss Valle [del Cauca] talking about Miss Spain, who is transgender. At least, if she doesn’t scoop the crown, she’ll win all the awards as the most intolerant.”

TWEET: “Is Valle still the favorite candidate of gays on Twitter? As incoherent as they’ve become, probably for some the answer is yes. To be clear, Angela Ponce is a woman, WOMAN.”

Even though she’s been criticized for her remarks, some supported her views:

TWEET: “She said what most people know is the case, but many do not say it out of fear of media censorship. Well done, Colombia!”

Ponce hasn’t commented on Morales’ words, but a couple of weeks ago she uploaded a video to address her participation in the beauty contest.

“I would like to tell them [critics] that I am a woman. I am a trans woman and I have the right to be there. So I ask them to respect it because the rules allow me to participate,” she said.

What would you say to the people who have criticized you and also criticized the pageant because is a women’s pageant? I would like to tell them that I am a woman. I am a Trans* woman and I have the right to be there. So I would tell them to respect it because the Miss Universe’s rules allow me to participate; but not only that.. [The things is that] I am not a man wanting to be a woman; I’ve never been that. I am a woman born under different circumstances and I think that I fit within the diversity spectrum that encompasses being a woman. I would ask them to be more respectful… #missuniversespain #angelaponce #donfranciscoteinvita @telemundo @donfranciscotv @missuniverse @orgbemiss

A few hours after her televised remarks, Morales seemed to backtrack on her earlier statements, as she told reporters: “If Miss Universe accepts Angela, I will accept her with love and respect.”