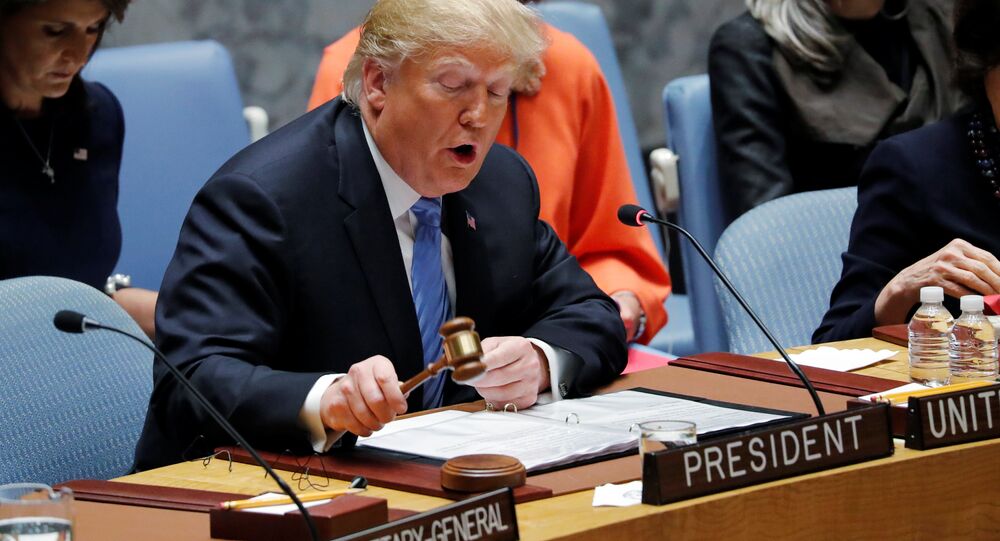 Hungary's PM: Trump's UN Speech Marks End to US 'Desire to Impose Will on World'

Donald Trump doubled down on his America First stance in his UN address on Tuesday, urging countries to reject globalism, and vowing that the US would not tell other nations "how to live." At the same time, Trump threatened Syria, Iran, and Venezuela with war or sanctions, and slammed China and OPEC over perceived unfair trade practices.

Appearing on Hungarian public radio on Friday, Prime Minister Viktor Orban hailed Trump's speech, saying the president "represents the US position as an icon …someone who represents something much more than himself," and arguing that his remarks signaled a shift in the US approach to relations with the rest of the world.

"In the last few decades, the US took on some kind of role of 'making the world better' which in fact was contrary to American interests; that's what President Trump spoke about," Orban said. Trump, the prime minister noted, has now "declared the end of that policy."

Under past US administrations, Orban explained, the United States "thought it knows what is good, moral, just, and how the world should be, but we felt that … it wanted to impose its will on the whole world."

© REUTERS / Shannon Stapleton
Trump Urges Respect for Sovereignty in UN Speech Despite Illegal Presence Abroad
This policy affected Hungary, as well, the Hungarian leader recalled. "I suffered so much with [Secretary of State Hillary Clinton] that I cannot even tell you," he said.

According to Orban, Trump's approach is different and founded on an idea of cooperation based on mutual interest. "We don't have to defend ourselves against [the US], or its incompetent attempts to wield cultural influence, but rather can now try to build a partnership of interests," the prime minister said.

Trump's address to the UN General Assembly included anti-globalist rhetoric, combined with military or economic threats against countries which defied US interests. In the speech, Trump promised to reassess US aid to ensure that it reaches only America's "friends," and denounced the International Criminal Court as illegitimate.

© REUTERS / Carlo Allegri
Trump Threatens Syria, Slams Iran in UN General Assembly Address
Trump also focused his ire on Iran and Syria, threatening Damascus with military action if it used chemical weapons. Trump also announced sanctions against Venezuela, and slammed Germany for what he claimed was its dependence on Russian energy. Finally, while praising North Korean leader Kim Jong-un for his efforts to create peace on the Korean Peninsula, Trump reiterated that sanctions on Pyongyang would "stay in place until denuclearization occurs." A year before, Trump had threatened to "totally destroy" North Korea and insulted Kim as a "rocket man" on a "suicide mission."
...
Reddit
Google+
Blogger
Pinterest
StumbleUpon
Telegram
WhatsApp
135