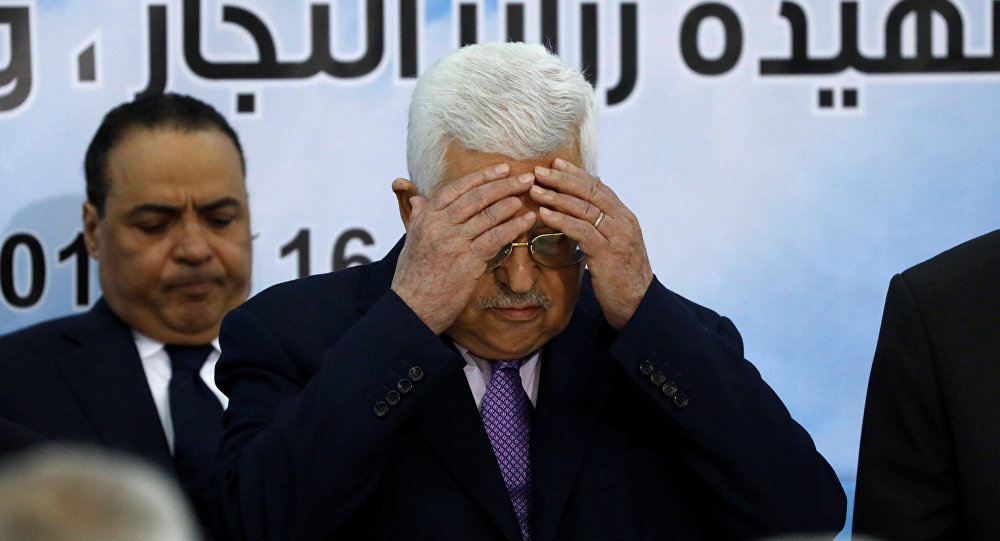 UNITED NATIONS (Sputnik) – US President Donald Trump must rescind his decisions against the Palestinian people in order to achieve peace, Palestinian President Abbas said on Thursday.

“If the US administration fails to respect the agreement, we will not be able to hold our part thereof,” Palestinian President Mahmoud Abbas told the United Nations General Assembly.

Abbas went on saying that the Palestinian government and people were shocked by Trump’s decisions to move the US embassy in Israel from Tel Aviv to Jerusalem, to shut down the Palestinian office in Washington and to take the status of East Jerusalem off the negotiating table.

The official stressed that he has met with Trump numerous times, and he was shocked by Trump's "decisions and actions that completely contradict the role of his administration toward the peace process", adding that his "administration has reneged on all previous US commitments.”

Trump and his administration’s decisions on the Israel-Palestinian conflict constituted an assault on international law, Abbas said.

“Now we view the US with new eyes. The US cannot be a mediator single-handedly … because they are too biased toward Israel,” he said.

© REUTERS / Carlos Barria
Trump to Netanyahu: 'I Like Two-State Solution' to Israeli-Palestinian Conflict
Palestine remains committed to having established settled borders and to having all of East Jerusalem, including the holy places as its capital, Abbas insisted.

For decades, Israel and Palestine have been locked in an acrimonious territorial dispute, which turned into a full-fledged military conflict several times. Israel seized the eastern part of Jerusalem in 1967 during the Six Day War. However, the international community does not recognize this annexation, as Palestinians also claim the city as their capital.

The "End" of Palestine and the End of Mass Incarceration