Before leaving the White House, former US President Barack Obama proposed a new initiative on the Palestinian-Israeli settlement, thus shifting the solution of the problem to the Trump administration.

In 2016 Russia did not support the initiative of the former US administration on a Palestinian-Israeli settlement, considering that it would have substantially complicated the situation, Russian Foreign Minister Sergei Lavrov stated before leaving for New York to participate in the UN General Assembly, where, among other topics, the Palestinian-Israeli settlement will be discussed.

"At the end of 2016, when the outgoing Obama administration began to promote decisions on the Palestinian-Israeli settlement in the UN Security Council, more precisely, imposing 'artificial' parameters and the outcome of negotiations predetermining the sides, Russia did not support this initiative of the United States, considering that it would inevitably lead to a situation 'on the ground' significantly aggravated and without real impact," Lavrov said.

The minister explained that "it would be counterproductive."

"And during a long telephone conversation at the end of December with the US secretary of state, we clarified the Russian position, which was also taken into account at the request of [Prime Minister of Israel] Benjamin Netanyahu," he noted. 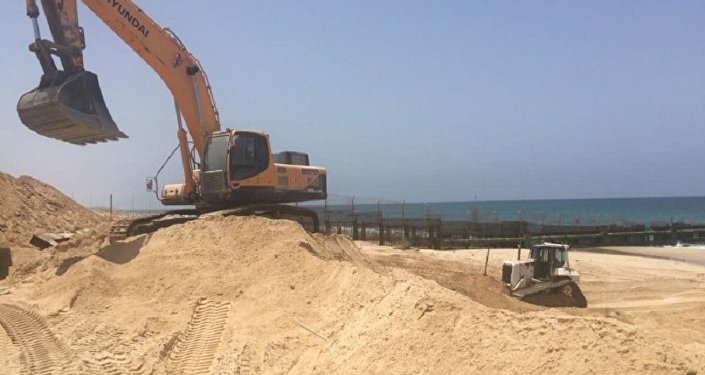 © Photo : ISRAELI DEFENSE MINISTRY
Palestine Allocates $3Mln Kuwaiti Grant to Develop Gaza Strip Infrastructure – Reports
According to the Russian foreign minister, Moscow noted that it did not want the outgoing administration to slam the door and create problems for subsequent efforts in this direction.

At the end of December 2016, Lavrov, in a conversation with then US Secretary of State John Kerry, stressed the need to create conditions for direct negotiations between the leaders of Israel and Palestine and warned against bringing the domestic American agenda into the work of the "Quartet on the Middle East" and the UN Security Council, pointing out the harmfulness of attempts to use these platforms for infighting between Democrats and Republicans.

Almost at the same time, the Obama administration promoted an agenda relating to various aspects of settlements and the 1967 borders that was uncomfortable for Tel Aviv and which ultimately aggravated relations between the two countries. Experts regarded this to be pre-election maneuvers.