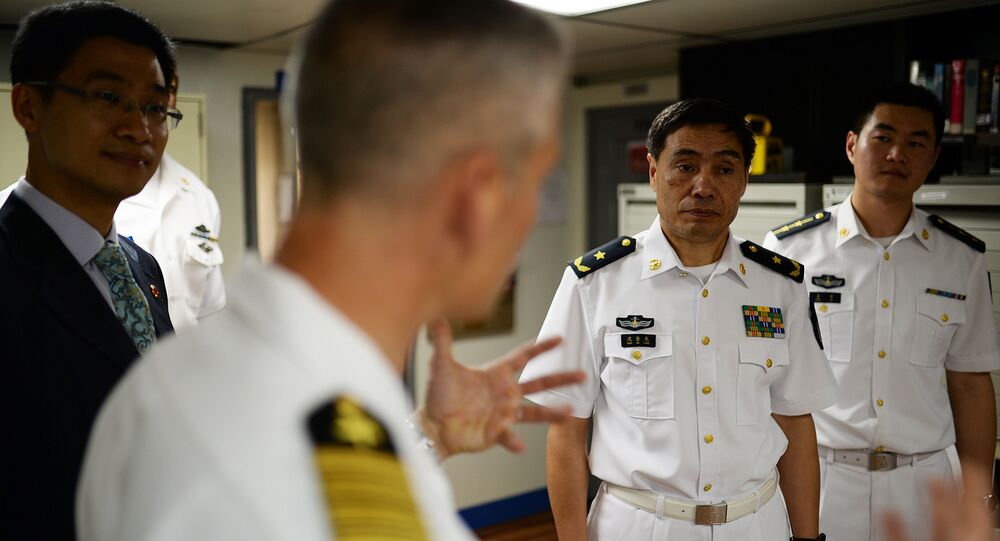 Earlier this week, the United States sanctioned the personnel of the Chinese Defense Ministry along with Russian state arms exporter Rosoboronexport in connection to the deals on the purchase of the Russian aircraft and S-400 missile systems.

The Chinese Defense Minister announced Saturday that it had decided to cancel a planned visit of the country's Navy commander Vice Adm. Shen Jinlong to the US following sanctions imposed by Washington against Beijing for cooperating with Russia.

"The Chinese side decided to immediately withdraw from the United States PLA Navy Commander Shen Jinlong, who is participating in the 23rd International Seapower Symposium and was planning a visit to the United States," the statement said.

© AP Photo / Andy Wong
More 'Bullets' for China: Trump Threatens Beijing With New Retaliatory Measures
Earlier in the day, the Chinese Foreign Ministry summoned US Ambassador Terry Branstad to express its protest over placing the defense ministry's officials on the US sanctions lists.

The restrictions were imposed under the Countering America's Adversaries Through Sanctions Act (CAATSA) passed by Washington last August in response to Russia's alleged attempts to influence the 2016 US presidential election.

Following the announcement of restrictions against the Chinese nationals, Beijing called on Washington to lift sanctions threatening to hold the United States accountable for its actions.