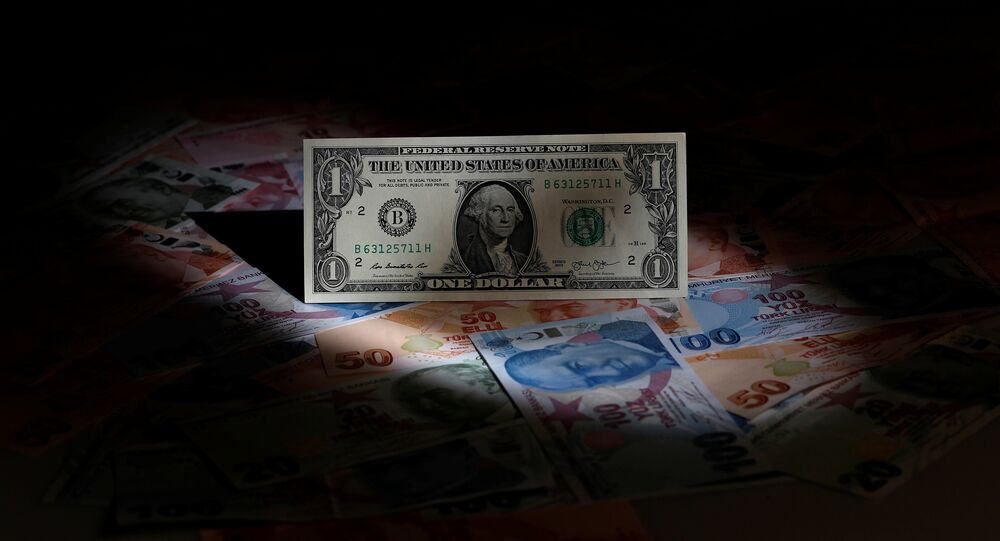 On Thursday US Treasury Secretary Steven Mnuchin, amid the continuous deterioration of bilateral ties between the US and Turkey, announced that a new set of sanctions will be imposed upon Ankara if American pastor Andrew Brunson, held on terrorism charges in Turkey, is not released.

"We've already responded based on the World Trade Organization rules and will continue to do so," Pekcan said, according to the state-run Anadolu news agency.

© AP Photo / Emre Tazegul
Pence Demands Turkey Release Jailed US Pastor Brunson, Warns of Consequences
The statement was published just a day after Pekcan announced that Turkey would challenge the recently imposed US tariffs at the World Trade Organization (WTO).

The WTO appeal comes as a response to US President Donald Trump's announcement on August, 10 that he had authorized the doubling of the previously imposed import tariffs on Turkish aluminum and steel to 20 percent and 50 percent, respectively. This move subsequently triggered the Turkish lira to lose about 20 percent of its value in a several days and reach historic lows.

Tensions between the two countries have also risen due to an Izmir court’s refusal to release the US missionary Andrew Brunson, who was arrested in October of 2016 for reportedly playing a role in that year’s failed coup attempt. Washington has introduced sanctions against members of the Turkish government, citing the case and insisting that the pastor is innocent.