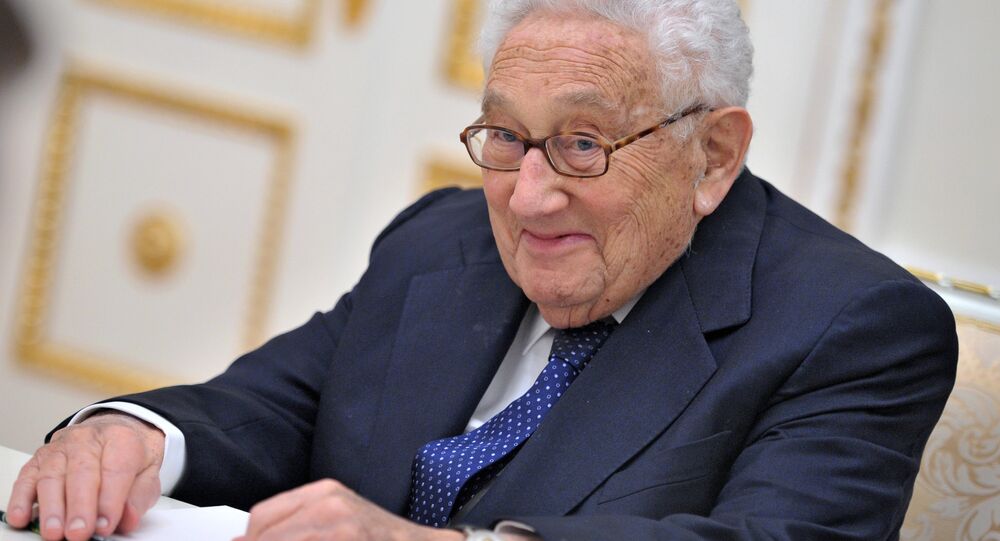 While US President Donald Trump continues to weather a severe backlash over his conduct during a recent meeting with his Russian counterpart, a guru of American diplomacy has stepped forward to offer his take on the summit.

Former US Secretary of State Henry Kissinger has declared that the meeting between US President Donald Trump and Russian President Vladimir Putin in Helsinki was long overdue.

"It was a meeting that had to take place. I have advocated it for several years. It has been submerged by American domestic issues. It is certainly a missed opportunity. But I think one has to come back to something," he told The Financial Times.

© AFP 2021 / Brendan SMIALOWSKI
Pompeo: Trump Set Up Communications Channel With Russia in Helsinki
The legendary diplomat also remarked that Donald Trump "may be one of those figures in history who appears from time to time to mark the end of an era and to force it to give up its old pretenses."

"I think we are in a very, very grave period for the world," Kissinger added.

Earlier this week, US President Donald Trump met with Russian President Vladimir Putin during a one-on-one summit in Helsinki to discuss the current state of bilateral relations along with pressing issues on the international agenda.