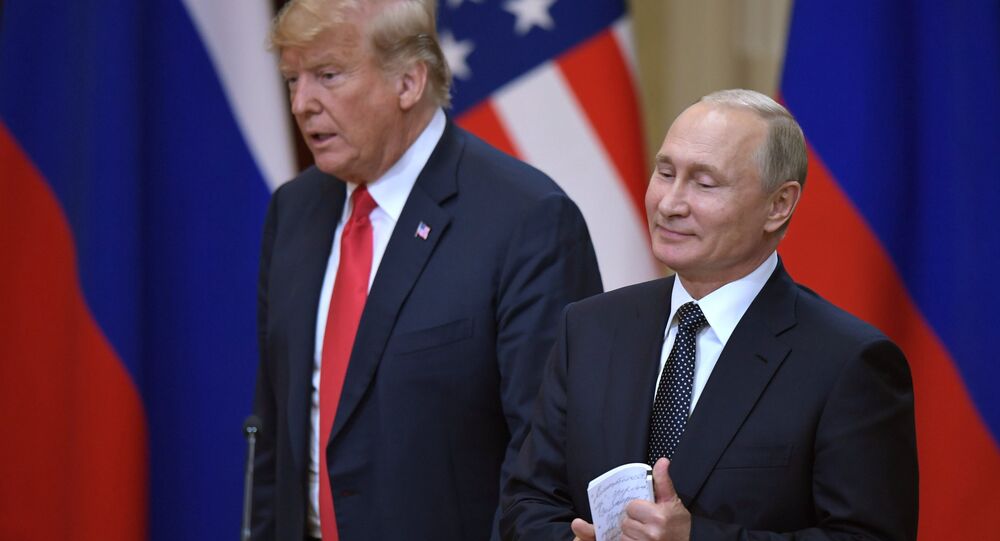 US Secretary of State Mike Pompeo said Friday, he hoped that the next Trump-Putin meeting would take place this fall.

The official further noted a possible meeting between Russian President Vladimir Putin and US President Donald Trump in Washington, DC would be a positive development.

"I am happy that the two leaders of two very important countries are continuing to meet. If that meeting takes place in Washington I think it's all to the good," Pompeo said. "Those conversations are incredibly important."

On Thursday, White House spokeswoman Sarah Huckabee Sanders said that Trump had asked National Security Adviser John Bolton to invite Putin to visit the United States in the fall, adding that the consultations on the meeting had already started.

Also Thursday, Trump said he looks forward to his next meeting with Putin so the two leaders can begin to implement the ideas they discussed during their recent summit in Helsinki.

All United Nations members agreed on a strict enforcement of North Korea sanctions, Pompeo said, adding that the Asian nation continued to illegally smuggle petroleum products into the country in violation of the sanctions.

"Right now North Korea is illegally smuggling petroleum products into the country at a level that far exceeds the quotas established by the United Nations," Pompeo told reporters. "These illegal ship-to-ship transfers are the most prominent means by which this is happening."

The official further noted that US President Donald Trump positively assessed his expectations of the North Korea's denuclearization.