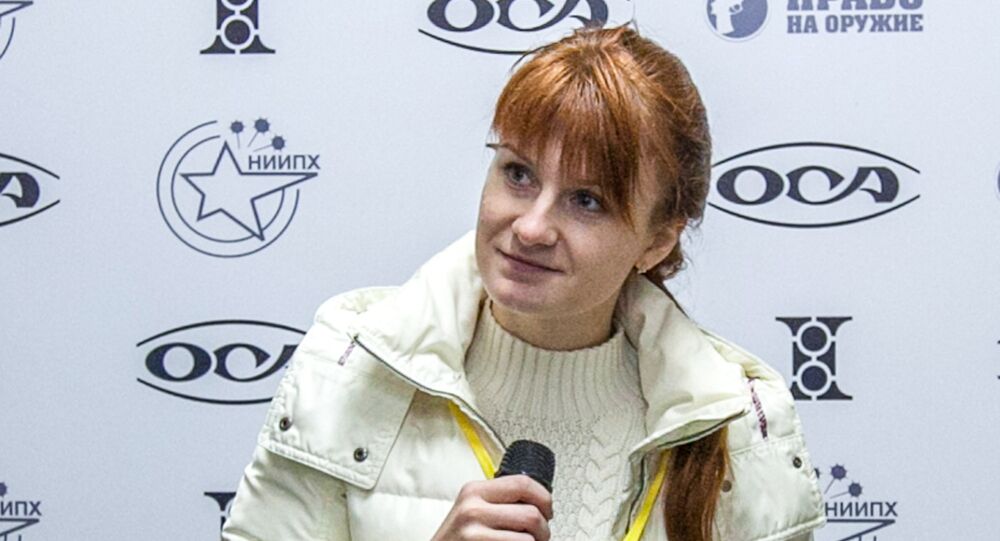 Russia's First Deputy Permanent Representative to the United Nations Dmitry Polyanskiy has joined a flash mob, launched by the Russian Foreign Ministry, to support Maria Butina, who was arrested earlier this week by US authorities and charged with conspiracy to act as a foreign agent and impersonating an agent of a foreign government.

"One more Russian was arrested in the US without any plausible reason. We demand her immediate release. Let’s support her with a tag #FreeMariaButina," Polyanskiy said on Twitter.

Butina, 29, is a student from Russia who has recently graduated from American University in Washington DC with a Master’s Degree in International Relations. Last Sunday, the US authorities arrested her and charged with conspiracy to act and acting as a foreign agent.

On Wednesday, she denied both charges in federal court in Washington but was remanded in custody without bail, as she is considered a flight risk. She faces up to 15 years in jail.

Russian Embassy: Butina Having Hard Time in Jail, Did Not Report Health Concerns