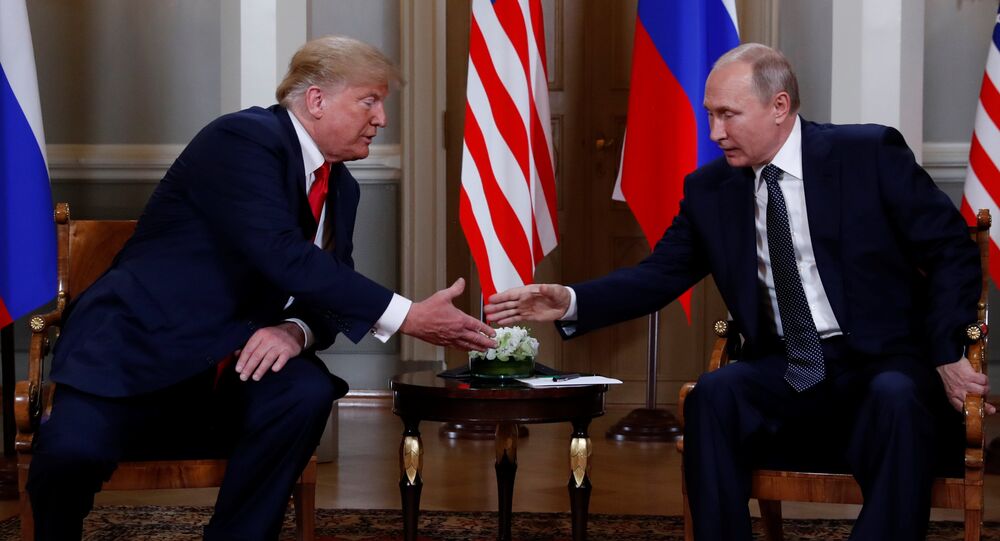 Qassemi noted that media gave an incomplete picture of Velayati's visit and his talks with Putin, focusing their attention on the economy and oil, while the parties also touched upon many regional and international issues, the publication said.

On Thursday, Top Adviser for International Affairs for the Iranian Supreme Leader's Ali Akbar Velayati visited Moscow and conveyed an oral message to Putin from Supreme Leader Ali Khamenei, as well as a written message from President Hassan Rouhani. Prior to that, Qassemi said that the message would include an explanation of Tehran's position with regard to the United States and its withdrawal from the Iranian nuclear deal.

© AP Photo / Vahid Salemi
'No Blanket Waivers, No Grandfathering' On Iran Sanctions - Mnuchin
After Washington withdrew from the nuclear agreement, Iran saw that it was within its interests to cooperate and clarify its positions, so the Iranian president sent letters to the leadership of a number countries via special envoys to this end, Qassemi added.