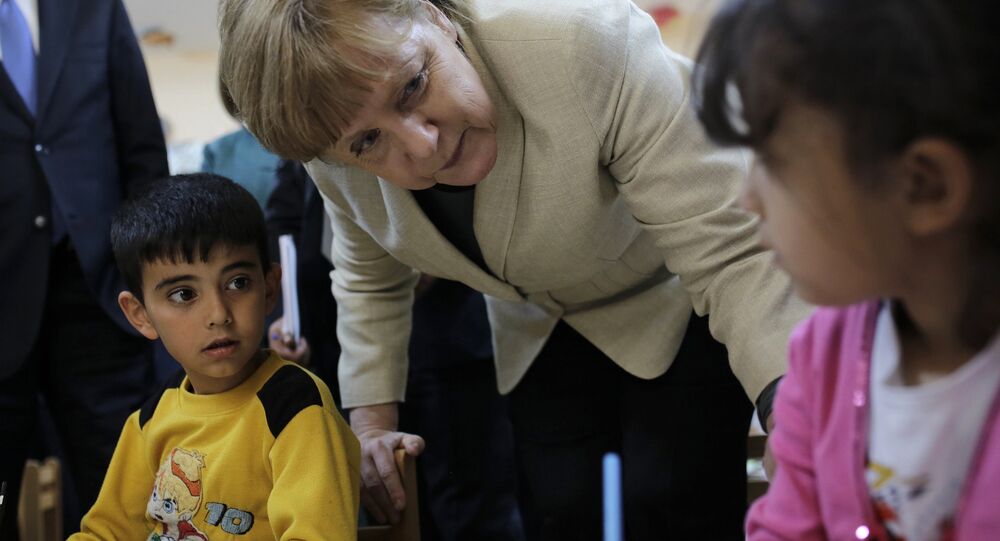 BEIRUT (Sputnik) - Germany is exerting efforts to find a political solution to the Syrian conflict in order to ensure the possibility of refugees from crisis-torn states returning to their homes, German Chancellor Angela Merkel said Friday.

"Germany has undertaken commitments to provide Lebanon with support and assistance… We want to help in achieving a political settlement in Syria in order to ensure the return of refugees," Merkel said during the press conference with her Lebanese counterpart Saad Hariri.

The German chancellor went on saying that Berlin would respect the obligations accepted during a conference for foreign donors held in Paris in April.

© Sputnik / Bolat Shaikhinov
SCO States Rule Out Warfare in Resolving Syrian Crisis - Summit Declaration
On Thursday, the German leader started her visit to Lebanon. The agenda of the visit includes talks between the German delegation and Lebanese leadership over the current situation in the region and assistance to refugees.

The so-called Arab Spring protests that took place in Syria in 2011 resulted in clashes between the government forces and opposition. Since then, the Middle Eastern country has been mired in a war between authorities in Damascus, numerous opposition factions, as well as terrorist groups.

The crisis forced millions of the Syrians to become refugees. Lebanon is among the countries that have been most affected by the exodus from Syria. According to the UN Refugee Agency (UNHCR), there are currently more than 980,000 Syrian refugees in Lebanon, which has a population of about 6 million people.