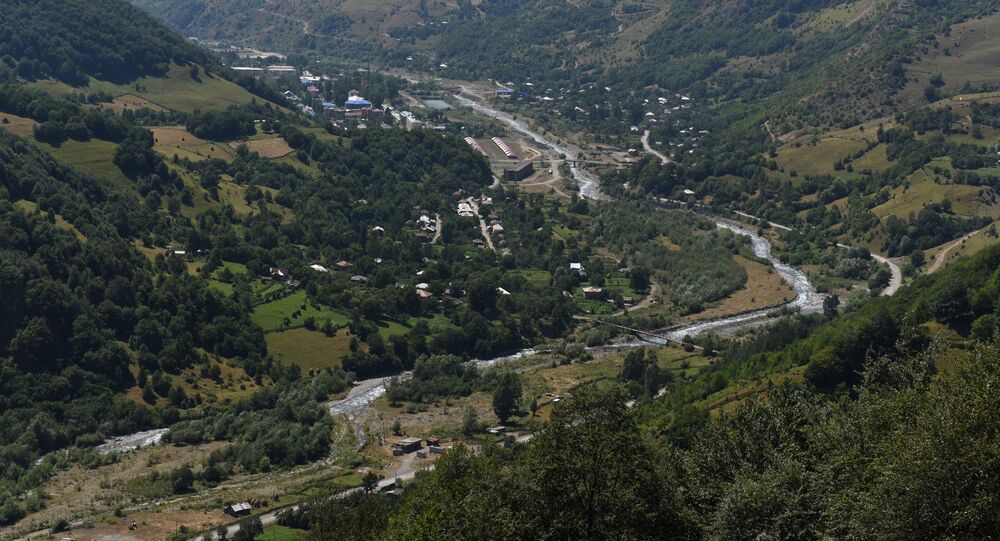 MOSCOW (Sputnik) - The European Union views the decision of Syria to recognize the independence of Abkhazia and South Ossetia as a violation of international law, spokeswoman for EU Foreign Affairs and Security Policy Maja Kocijancic said in a statement.

"The decision of the Syrian regime to establish diplomatic relations with the Georgian breakaway regions of Abkhazia and South Ossetia violates international law and the principle of territorial integrity as defined by the United Nations Charter and relevant UN Security Council resolutions. The European Union fully supports the sovereignty and territorial integrity of Georgia within its internationally recognized borders," the statement reads.

Earlier in the day, Syria recognized the independence of Abkhazia and South Ossetia and decided to establish diplomatic relations with the republics.

Georgia has launched the procedure of suspending diplomatic ties with Syria in response to this move.

© Sputnik / Mikhail Voskresenskiy
Pullout of Russian Forces Is Out of Agenda - South Ossetian President
The breakaway republics of South Ossetia and Abkhazia declared independence from Georgia in the early 1990s. Russia formally recognized their independence after the 2008 military conflict between Tbilisi and Moscow. Georgia still considers the two republics as part of its territory.