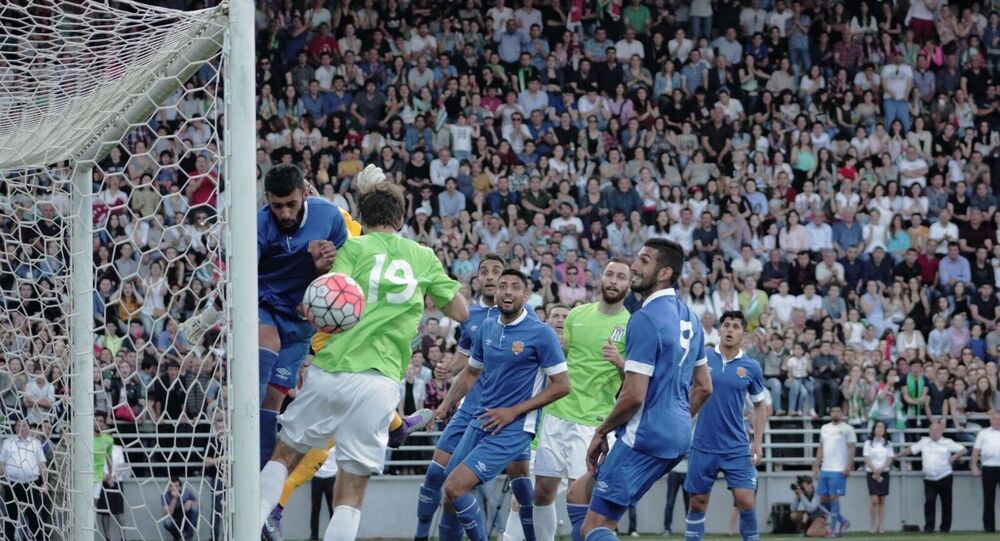 While the FIFA World Cup kicks off in Russia next month, an alternative World Cup is taking place in England. The CONIFA World Cup involves 16 teams representing nations and regions which are not internationally recognised, including Abkhazia, Matabeleland, Northern Cyprus, Tamil Eelam, Tibet and Panjab.

The Confederation of Independent Football Associations (CONIFA) has 47 members from around the world and the 16 best teams qualified for the World Cup.

They are the world's underdogs, nations and regions which for various reasons struggle to play on the world stage.

CONIFA spokesman Kieran Pender said when Abkhazia — a country in the Caucasus mountains close to the Black Sea — won the trophy in 2016 the prime minister there were wild celebrations.

"There were crazy scenes on the pitch. The prime minister declared a public holiday. It was absolutely bonkers," Mr. Pender told Sputnik.

The Abkhazian government paid to host the tournament but this time that honor falls to Barawa, a region of Somalia, and because so many Somalis from that area live in London, they are hosting it in Britain.

The tournament is being sponsored by bookmakers Paddy Power and the games, which begin on Thursday, May 31, are being played by a number of non-league teams in and around London.

Considering the troubled regions that some of the teams come from there were fears that the UK would refuse to give visas to some players but this has not proved the case.

"We've had difficulties in the past — in Hungary in 2015 several of the teams including Abkhazia and Northern Cyprus were denied visas," Mr. Pender told Sputnik.

So the scene is set for a glorious festival of football which will culminate in the final on June 9.

CONIFA's members vary from internationally recognized countries like Tuvalu and Kiribati, both of whom are trying to win formal accreditation by FIFA, to nations and regions which do not  diplomatic recognition.

Some of those are controversial — Tibet, for example, which is an autonomous region within China, Tamil Eelam, which was militarily defeated by the Sri Lankan army in 2009, and Northern Cyprus, which is only recognized by Turkey.

"It is a fairly broad church. There are 10 criteria and ultimately we are a democracy and the ruling committee make recommendations for who should be a member," Mr. Pender told Sputnik.

"We have breakaway states like North Cyprus and Somaliland and we have distinct regions like Greenland and Yorkshire, which joined recently," he told Sputnik.

​One of the teams playing in London will be the United Koreans in Japan.

"They represent Koreans who left the peninsula before the war and are therefore neither North Korean or South Korean," Mr. Pender told Sputnik.

"CONIFA is politically neutral. We don't take a position on the standing of our members and they are not allowed to make overt political displays at matches. It's all about letting people play football who are excluded because of history and recent events," Mr. Pender told Sputnik.

"Our ethos is football for all. It's the antithesis of FIFA," he added