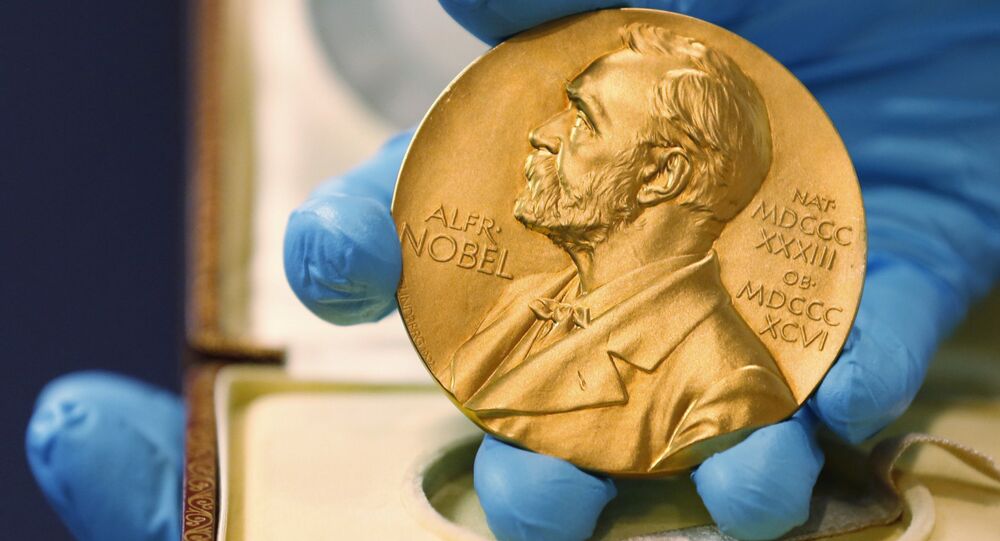 The academy said in a statement that the decision "was arrived at in view of the currently diminished Academy and the reduced public confidence in the Academy."

The Swedish Academy has decided to postpone the 2018 Nobel Prize in Literature and will award it in 2019.

The foundation has supported the decision of the Swedish Academy and remains in close contact with its members.

"The Nobel Foundation presumes that the Swedish Academy will now put all its efforts into the task of restoring its credibility as a prize-awarding institution and that the Academy will report the concrete actions that are undertaken. We also assume that all members of the Academy realize that both its extensive reform efforts and its future organizational structure must be characterized by a greater openness towards the outside world," the press release read.

The decision was made amid a number of sexual abuse allegations, making it the first time since 1943, the award is not being given.

© AP Photo / Andrew Harnik
S Korean President Says Trump Should Win Nobel Prize for Peace Efforts – Reports
The scandal emerged after several women accused photographer Jean-Claude Arnaud of sexual harassment. Following the allegations six members of the academy left their offices, what made Swedish King Carl XVI Gustaf sign an order that permitted any member of the academy to quit their office and their own will.

Currently, there are only ten active members in the academy.

According to the recent poll, 62 percent of Sweden's residents think that the scandal undermined trust to the academy and the authority of the Nobel Literature Prize, while one-third of the interviewed think that all the academy's decision-makers should be replaced.

No Nobel? #MeToo Afterglow Casts Doubts Over 2018 Prize in Literature