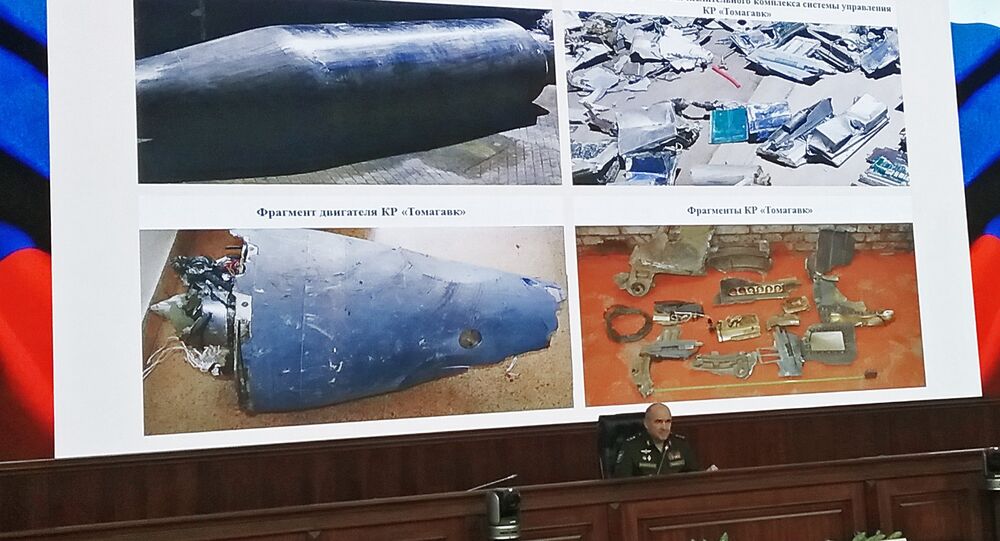 Last week, Russian media reported that Syrian forces had discovered two missiles which failed to detonate during the Western airstrikes on Syria.

Chief of the Main Operational Directorate of the Russian General Staff Col. Gen. Sergey Rudskoy announced that Russian specialists were examining rockets of the US-led coalition, including Tomahawk cruise missiles, captured in Syria and handed over to Moscow.

“Two [missiles] including a Tomahawk cruise missile and a high-precision aviation missile were delivered to Moscow… They are now being examined by our experts. The results of this work will be used to improve Russian weapons,” the military official told a briefing, showing the slides, featuring military parts of the rockets.

On April 14, the United States, the United Kingdom, and France fired over 100 missiles at multiple targets in Syria in response to an alleged use of chemical weapons by the government's forces in the city of Douma.

Washington claimed that the majority of rockets had hit their designated targets, however, according to the Russian Ministry of Defense, 71 out of the 103 missiles had been intercepted by the Syrian air defenses.