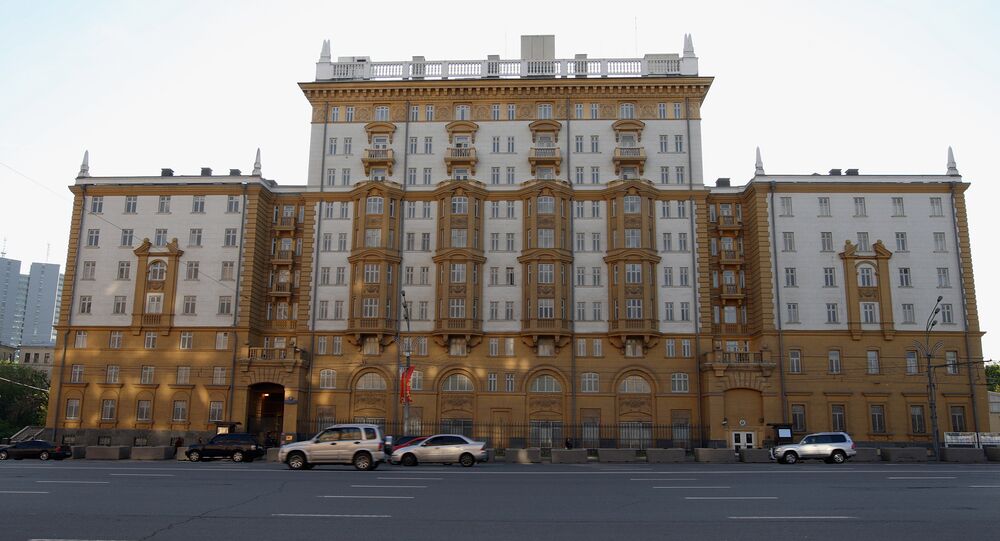 The Russian Foreign Ministry said Moscow is surprised by the US attempts to justify their reduction in visa issuing to Russian citizens by “insufficient consulate staff.”

The Russian Foreign Ministry on Thursday called the US visa blockade a deliberate step that is used as a tool of leverage against Russia. The ministry referred to the situation when Russian citizens have to wait for up to 250 days just to get a visa “extremely frustrating.”

"The official waiting time for a visa interview, which was increased by Washington in August 2017 to 85 days, has recently been extended to 250 days, that is, eight months. In other words, applying for visas becomes meaningless," the ministry stated.

The ministry also stated that the visa issue can lead to the two countries being left with no air service.

"Aeroflot, the only company which makes regular flights between Russia and the United States, may be forced to stop them, as the crews are experiencing increasing difficulties obtaining American visas," the statement adds.

The ministry said Moscow regrets that Washington prefers to break ties between the Russian and American people, imposing visa hurdles.

© Sputnik / Ilya Pitalev
Russian Ballet Dancers Denied US Visa Ahead of Concert
"No awkward explanations are able to blur and justify this vicious line [of US policy]. For our part, on the contrary, we are glad to welcome Americans who come to Russia. We expect that US citizens who want to see our country with their own eyes will become more since direct communication is the best way to strengthen mutual understanding and trust," the statement reads, adding that it was Washington's idea to reduce the diplomatic staff in Russia in 2017.

Russian diplomats lost access to several diplomatic properties in September 2017 when US authorities ordered the closure of the Russian Consulate General in San Francisco and trade missions in New York City and Washington, DC. US officials said the move came in response to Moscow's decision in late July to reduce the number of US diplomatic staff in Russia to 455 people, the same number of diplomatic personnel Russia has in the United States.