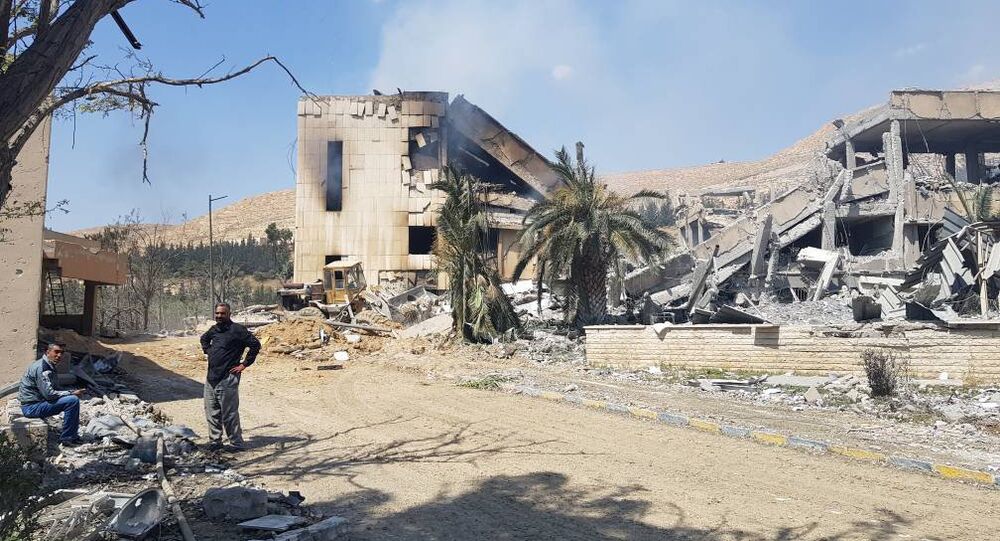 MOSCOW (Sputnik) – The Organisation for the Prohibition of Chemical Weapons has announced that its mission had arrived in Damascus to investigate the allegations of chemical weapons use in Douma, Eastern Ghouta.

Earlier in the day, the OPCW released a statement, which came just hours after the Western attack on Syria, "The Fact-Finding Mission (FFM) team of the Organisation for the Prohibition of Chemical Weapons (OPCW) will continue its deployment to the Syrian Arab Republic to establish facts around the allegations of chemical weapons use in Douma."

Earlier in the day, the United States, the United Kingdom and France launched strikes on a number of targets in Syria in response to the alleged chemical attack in the Damascus suburb of Douma. Several targets in Syria were hit by over 100 cruise missiles and surface-to-air missiles fired jointly by the US and its allies.

According to Syrian General Staff, the country's air defense systems were able to shoot down most of the missiles aimed at Damascus and at other targets.

© AP Photo / Geert Vanden Wijngaert
Germany Welcomes Missile Strikes on Syria as 'Necessary, Appropriate'
Damascus has rejected all the allegations, noting that all chemical stockpiles were destroyed, which was confirmed by the Organisation for the Prohibition of Chemical Weapons.