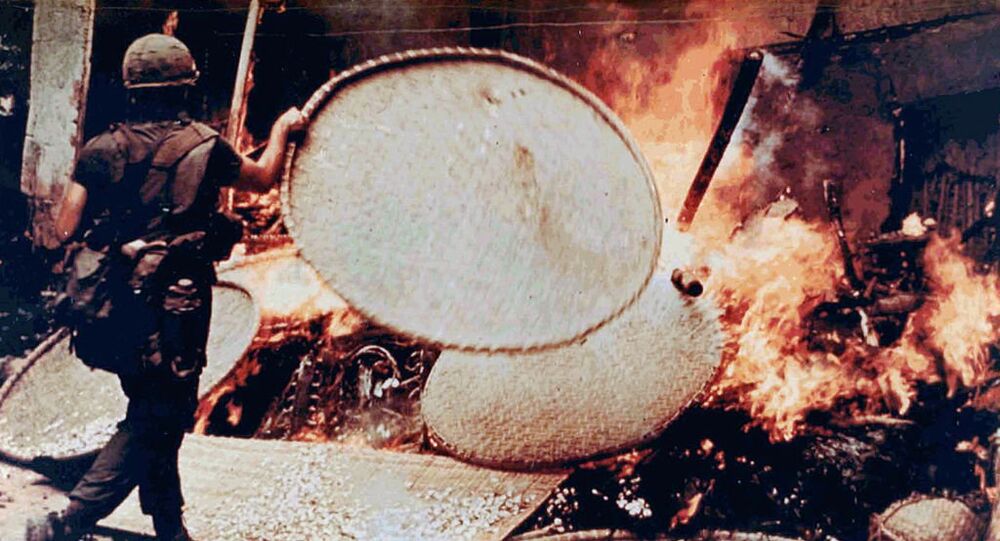 ‘It was a Rampage’: My Lai Massacre 50 Years Later

Friday, March 16, 2018, marked the 50th anniversary of the mass murder of an estimated 504 Vietnamese civilians by US forces in southern Vietnam.

Ann Wright, a retired colonel who served in the United States Army as well as at the State Department, spoke with Sputnik Radio's Loud & Clear program on Friday. Wright resigned from government work in 2003 in protest of US forces invading Iraq and is now an activist with Veterans For Peace.

​Wright explained what really happened at My Lai: "50 years ago, in a four hour period, US Army soldiers in this area called My Lai killed 504 civilians. They murdered 182 women, including 17 pregnant women; they murdered 173 children, including 68 who were five years old or younger; they murdered 89 middle-aged people and 60 people over the age of 60." Wright called the massacre a scar in America's past that is kept out of many school books in the country.

"It was a rampage, it was a slaughter. Innocent civilians — unarmed innocent civilians," Wright told Loud & Clear via phone from the area in Vietnam where the massacre occurred, where Wright and Veterans For Peace have assembled as part of an 18-day visit to Vietnam.

Journalist Seymour Hersh would go on to win a Pulitzer Prize for "exclusive disclosure of the Vietnam War tragedy at the hamlet of My Lai" in 1970.

However, the Army covered up just how many people were actually involved in the awful event. An internal investigation found a list of 30 people who were familiar with the atrocity, but only 14 were charged with crimes in military courts.

One platoon leader, Lt. William Calley, faced a court martial and was found guilty for the deaths of 109 civilians in 1969 for his role in leading the needless slaughter. Calley was the only person whose charges were not dismissed or acquitted. After receiving a life sentence in prison, the punishment was reduced all the way down to 10 years, before President Richard Nixon put Calley on parole after serving about three years of house arrest in 1974.

Calley's attorney and friends in the service said Calley had simply followed orders. "The Army knew it was going to get clobbered on this at some point," a military source told Hersh at the time. "If they don't prosecute somebody, if this stuff comes out without the Army taking some action, it could be even worse."