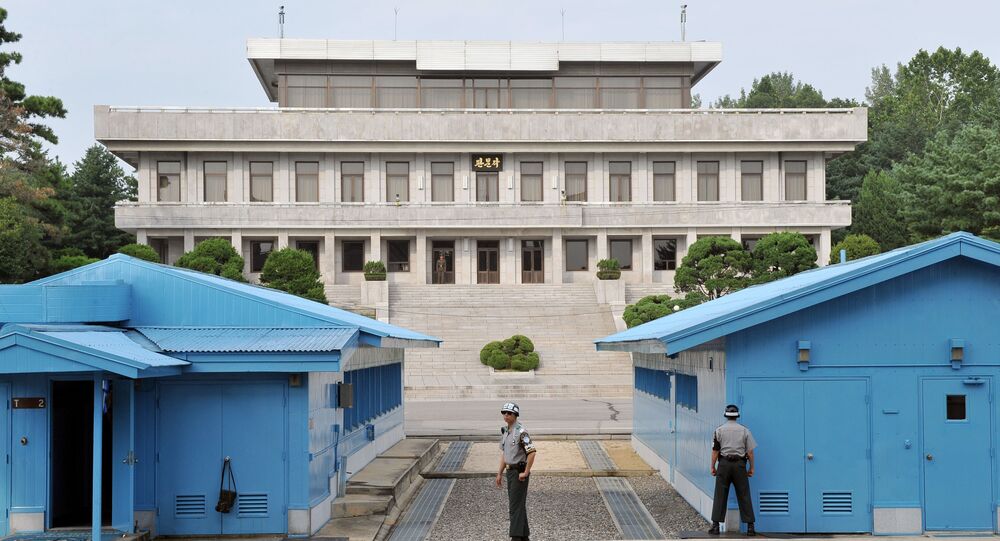 Russia Ready to Contribute to Korean Settlement, US Should Join Talks - Lawmaker

MOSCOW (Sputnik) - Moscow welcomes the readiness of North and South Korea to resume the reconciliation dialogue and hopes that this trend will be supported by specific agreements, a source in the Russian Foreign Ministry has told Sputnik.

"We welcome the readiness of the parties to resume the dialogue, and hope that this positive trend will result in concrete agreements aimed at a peaceful settlement of the problems between the South and the North," the source said.

At the same time, chairman of the Russian upper house's Foreign Affairs Committee Konstantin Kosachev told Sputnik on Friday that Moscow was ready to contribute to a discussion on the disarmament of the Korean Peninsula, adding that the United States should also join the dialogue.

"There is hope that after the discussion of sports-related issues, there will be a political dialogue. However, it will require the participation of the United States in this dialogue, as, without Washington's participation, North and South Korea will barely be able to do something on their own," Kosachev said.

© REUTERS / KYODO
Japan Intends to Enhance Defense Potential Amid North Korean Threat - Abe
He added that Russia has always been ready to provide all the necessary assistance to such contacts between the two Koreas "both on a bilateral basis and within the framework of the six-party talks."

"If something else is required from Russia [on this issue], there will be no need to persuade Moscow," the lawmaker added.

Kosachev noted progress on the issue, particularly in the stance of Pyongyang. Previously, North Korean officials had refused to engage into any talks with South Korean counterparts "as North Korea believes that Seoul depends too much on the United States." But now after North Korean leader Kim Jong-un expressed readiness for talks there is hope that the sides will discuss disarmament on the Korean Peninsula.

On January 2, South Korea's Unification Minister Cho Myoung-gyon proposed the high-level talks to take place on January 9 in the village of Panmunjom in the demilitarized zone to discuss ways to improve relations and the North’s participation in February’s Winter Olympics in Pyeongchang.

The tensions around North Korea's nuclear weapons program have been high recently due to the repeated nuclear and weapons tests carried out by Pyongyang in violation of UN Security Council resolutions. As a response measure, the UNSC has introduced multiple sanctions against Pyongyang aimed at hampering the development of the North Korean nuclear weapons. South Korea and the United States have also imposed sanctions on Pyongyang.