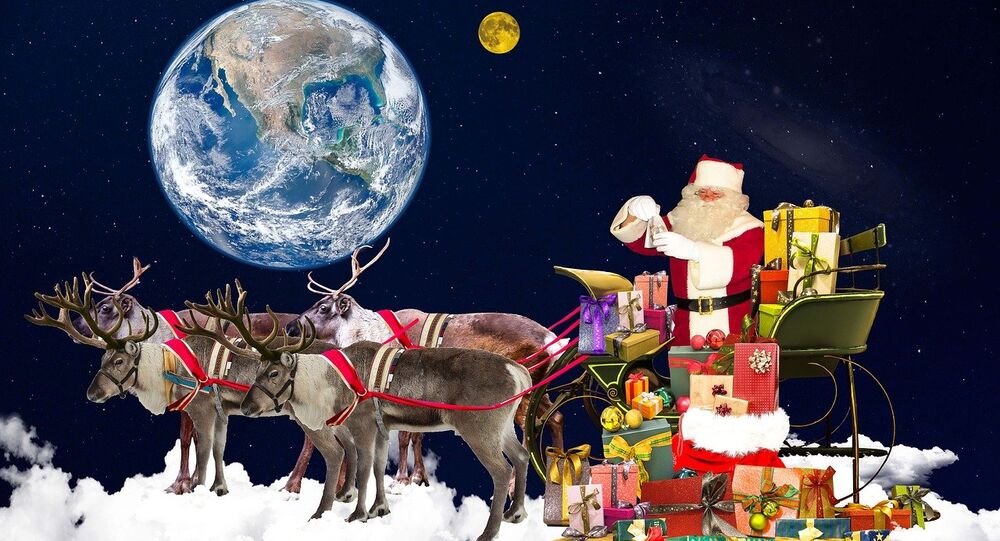 "Merry Christmas to all, and to all a good night! #Santa is on his way back to the North Pole, and we look forward to tracking him again next year! #NORADTracksSanta," the NORAD wrote on Twitter.

Mele Kalikimaka! One of Santa’s last stops is in #Hawaii, and he couldn’t help but catch a few waves before he flew off to his next stop: The U.S. Minor Outlying Islands, Palmyra and Midway Atoll! #aloha #NORADTracksSanta https://t.co/gSvRD6ezKo

Santa Claus has traditionally started his route from Russia’s Far East region of Chukotka and concluded it in the North Pole, the place of his residence.

YouTube/Sputnik
Off-Season at Santa's Real Workshop: Dropping the Veil of Mystery
The project, dubbed NORAD Tracks Santa, was launched in 1955, when an advertisement in a Colorado Springs newspaper invited children to call Santa and ask for presents. However, an error with a phone number occurred and instead Col. Harry Shoup's secret hotline at the Continental Air Defense Command, now known as NORAD, had to answer calls for Santa.

Afterward, the NORAD’s base in Colorado became a center for monitoring the Christmas Eve’s journey, using the satellites, radars and US and Canada’s fighters in the air over the United States and Canada to track Santa on his route.

Off-Season at Santa's Real Workshop: Dropping the Veil of Mystery