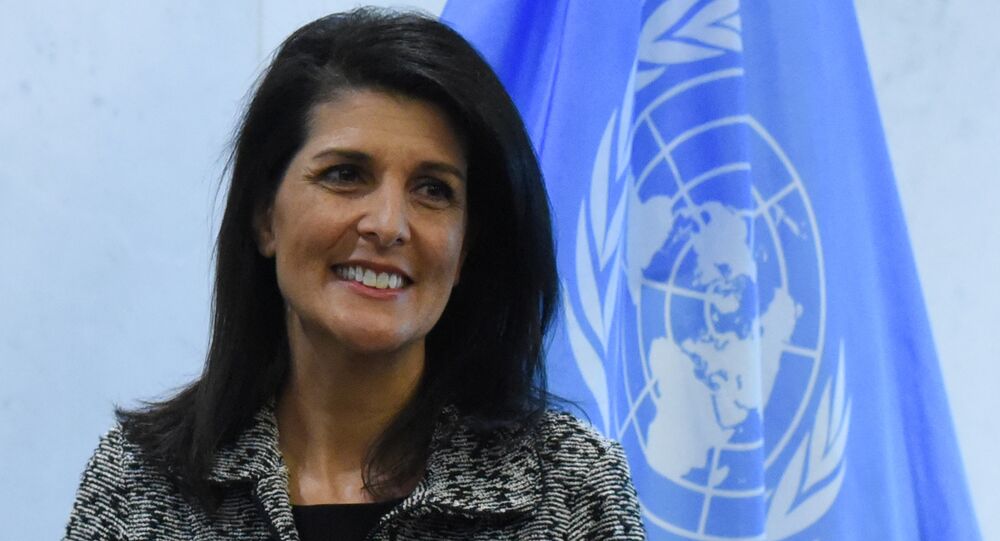 The UN General Assembly (UNGA) is holding a rare emergency meeting on the US decision to recognize Jerusalem as Israel’s capital. The meeting is taking place at the request of Arab and Muslim nations.

Speaking at the meeting, US envoy to the UN Nikki Haley said that whatever decision on Jerusalem status as the US capital is made by the UNGA, it will not influence Washington’s intention to recognize Jerusalem as the capital of Israel. Haley noted that she expected UN respect to the US in return for the US’ generous contribution to the UN.

“When we make generous contributions to the UN, we also have a legitimate expectation that our goodwill is recognized and respected,” Haley said, adding that the vote will be “remembered” by the US,” Haley told the UN General Assembly, noting that "this vote will make a difference on how Americans look at the UN and on how we look at countries who disrespect us in the UN."

© AP Photo / Oded Balilty
Jerusalem: US Threats Will Not Change Other States' Stance - Turkish Official
Additionally, the United States, the world’s largest donor to the United Nations, may withhold future funding for the world body as the General Assembly prepares to vote on a resolution condemning a US decision to move its embassy to Jerusalem, Haley said.

"The United States will remember this day in which it was singled out for attack in the General Assembly for the very act of exercising our fight as a sovereign nation," Haley said. "We will remember it when we are called upon to make the world’s largest contribution to the United Nations."

Haley’s spoke during a UN General Assembly session which was expected to approve a resolution condemning US recognition of Jerusalem as Israel’s capital and a decision to move the US Embassy in Israel from Tel Aviv to Jerusalem. Opponents fear the US embassy move to Jerusalem will destroy efforts to resolve the Israeli-Palestinian conflict.

Haley added that the embassy decision will have no impact on efforts to establish an independent Palestinian state.

On December 20, President Donald Trump threatened to withhold US aid to countries that voted in favor of the General Assembly resolution but stopped short of warning that US contributions to the United Nations itself could also be at stake. The United States exercised its veto power in the UN Security Council to block a similar resolution on Monday, despite 14 other members of the Security Council voting in favor of the resolution.

In 2016, the United States remained the largest donor to the United Nations, contributing more than $10 billion, roughly one fifth of its collective budget, according to an estimate by the Council on Foreign Relations