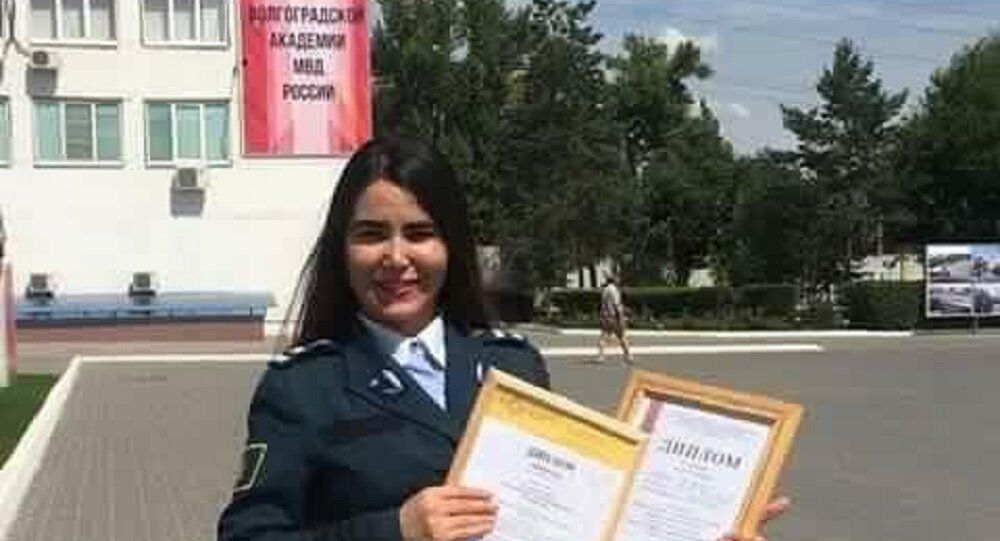 Among the few Afghan students who study at the Volgograd Academy of the Ministry of Internal Affairs of the Russian Federation, there is a girl named Gol Afruz Ebtekar. In an interview with Sputnik Afghanistan, she explained why she chose to become a legal investigator outside of Afghanistan and what her future plans are after graduating.

Gol Afruz Ebtekar is currently in her sixth semester of studies, training as a foreign specialist at the Volgograd Academy of the Ministry of Internal Affairs of Russia.

In 2017 she won a young investigators competition. Ebtekar believes that the presence of women in military structures is necessary, and if women cannot take part in ground operations they can at least perform administrative or logistical work.

Recalling the situation for women in the professional sphere in Afghanistan, Ebtekar told Sputnik, “Most women live according to tradition, decisions about their fate are made by their family, elders of the clan or at meetings [of the clan], which in fact is a violation of human freedom.”

© AFP 2020 / Kyrre Lien
At Ease, Ladies! Norway Discovers Women Undermine Army's Fighting Ability
However, she has been able to pursue her dreams because of her family’s support, adding that two of her siblings are also serving in the military.

Despite the fact that among the Afghans there are "some men who do not believe in the success of a woman,” in most cases reactions to her military uniform back home has been positive.

Ebtekar who has worn her military uniform for the past seven years said that when she goes home to Kabul for vacation she wears it when she goes out on the streets.

“I come across interesting reactions to my appearance: passers-by take photos with me, many girls enthusiastically ask me about my studies at the academy. I wear my uniform among my people proudly, with dignity and without fear. Until today, I have not experienced any kind of harassment,” Ebtekar said.

© AP Photo / Lefteris Pitarakis
Terrorism on the Ascent: Daesh Aims to Close in on Russia Via Afghanistan
Talking about studying in Russia, the girl said that she enjoys it immensely since there are many opportunities for obtaining a good higher education in Russia.

She also said that participation in the "international conferences, preparation for various projects, studying new military tactics and modern technology only deepens the knowledge” that she later hopes to apply in Afghanistan.

Nevertheless, despite all the favorable conditions in Russia, Ebtekar plans to return home to Afghanistan.

"I really like studying in Russia. But my goal is different: Afghanistan badly needs professional officers and with the completion of my studies, fulfillment of my duty to my country and my people will only begin. The faith of my country [in me] and the support of my people call me back to my homeland,” Ebtekar said.

At Least 15 Killed, 4 Wounded in Blast Near Military Academy in Afghan Capital