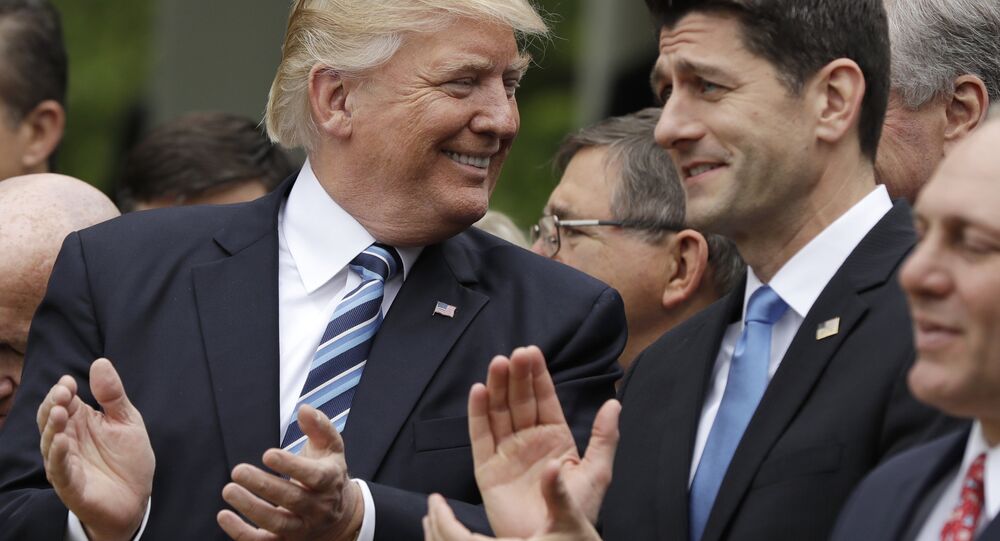 A spokesman for the Health and Human Services Department has blasted the Trump administration’s directives to ban such words as "transgender" and "science-based" from 2019 fiscal documents.

A number of divisions within the Department of Health and Human Services have been banned from using a certain amount of words and phrases when preparing official documents for the upcoming period, with no explanations having been given so far. The list includes the following: "vulnerable," "entitlement," "diversity," "transgender," "fetus," "evidence-based" and "science-based," as stated in a report by Washington Post.

One of the agencies instructed along these lines is the Centers for Disease Control and Prevention. It is not yet clear if other divisions within the HHS, namely the Food and Drug Administration or the National Institutes of Health were given similar guidance.

The measure has immediately caused  outrage among those in the scientific and public health communities.

"The assertion that HHS has 'banned words' is a complete mischaracterization of discussions regarding the budget formulation process," Matt Lloyd, a spokesman for HHS, said in a statement to STAT news.

"HHS will continue to use the best scientific evidence available to improve the health of all Americans. HHS also strongly encourages the use of outcome and evidence data in program evaluations and budget decisions."

A lot more have pointed out the directive may have far-reaching consequences with regard to the CDC's work and focus, as a large number of issues centering around, for instance, parenthood or health problems faced by transgender community, would not be duly addressed.

"You cannot fight against the Zika virus, or improve women’s and fetal health, if you are unable to use the word 'fetus.' You must be able to talk about science and evidence if you are to research cures for infectious diseases such as Ebola. You must be able to acknowledge the humanity of transgender people in order to address their health care needs. You cannot erase health inequities faced by people of color simply by forbidding the use of the words 'vulnerable' or 'diversity,' " STAT cited Dana Singiser, a vice president of public policy at Planned Parenthood, as saying.

First they ban people, then words. This is fascism. https://t.co/T5zwDkDVpi

The HHS list of banned words is Religious Right Terrorismhttps://t.co/kMJK6JwYQz

Some Twitterati, having blasted the government's initiative, satirically pointed out to the word "ridiculous" as being officially endorsed in budget documents: