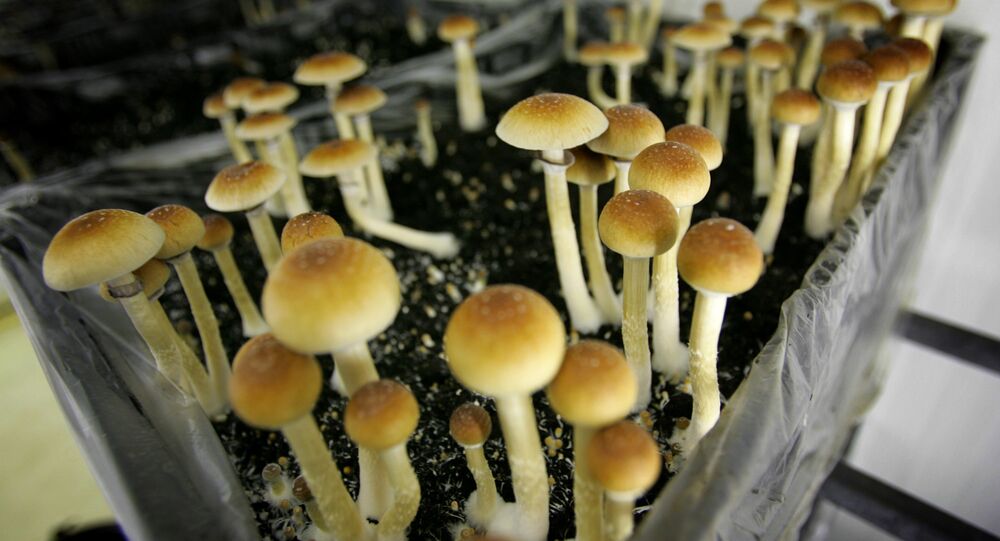 With recreational marijuana to be legalized in the coming year, a mayoral candidate near San Francisco is striving for California to become the first state to officially allow the use of psychedelic mushrooms, not only for medical purposes.

Kevin Saunders, a 46-year-old former heroin addict, who is currently running for mayor in Marina, on the outskirts of San Francisco, has filed a proposal that would free adults over 21 from any penalties over possessing, consuming or transporting psychedelic psilocybin mushrooms. His campaign has taken a more liberal approach than that of his counterparts in other states, for instance, Tom and Sheri Eckhert from Oregon.

Saunders, who will attempt to collect 365,880 signatures by the end of April 2018 to get the initiative going, says that now is the right time to act, as the drug might help ease political tensions and prevent a social divide over recent happenings.

"The world is really hurting and everybody is at a loss about what’s going on right now with Trump, Brexit, the refugee crisis and everything else. I’m at a loss at what to do politically, but the only thing I feel like we could do is get psilocybin into more people’s hands," he said, as reported by The Guardian.

He cited his profound personal experience of using magic mushrooms, as they helped him overcome a terrifying heroin addiction 14 years ago.

"It could allow people to figure out what to do and could revolutionize the way we treat those with depression, addiction and cluster headaches."

So far, Saunder’s campaigners have collected about 1,000 signatures and plan to step up efforts in early December, with their focus on college campuses and public events like The Emerald Cup, a medical marijuana summit.

Robin Carhart-Harris, who has been studying the use of psilocybin to tackle treatment-resistant depression at University College London, believes that it is a "logical inevitability" that the drug will become available to patients. His statement runs parallel to that of Sanders, who said its legalization is an entirely logical step following the recent pro-marijuana campaigns.

Magic mushrooms caused the fewest emergency medical cases of any drug, according to last year’s Global Drug Survey, but they still carry risks.

"[There is] the potential for mushrooms to distort your perceptions, cognition, emotions in a way that is totally outside of most people’s realm of normal experience. For a minority of people, taken in the wrong situation, that could be terrifying," said Adam Winstock, founder of the Global Drug Survey.

If approved by California Attorney General Xavier Becerra, the measure will go through at least three clinical trials, as well as an FDA inspection and that of the European Medicines Agency.

READ MORE: Magic Mushrooms Treat Depression But 'There Could Be Side Effects to This'