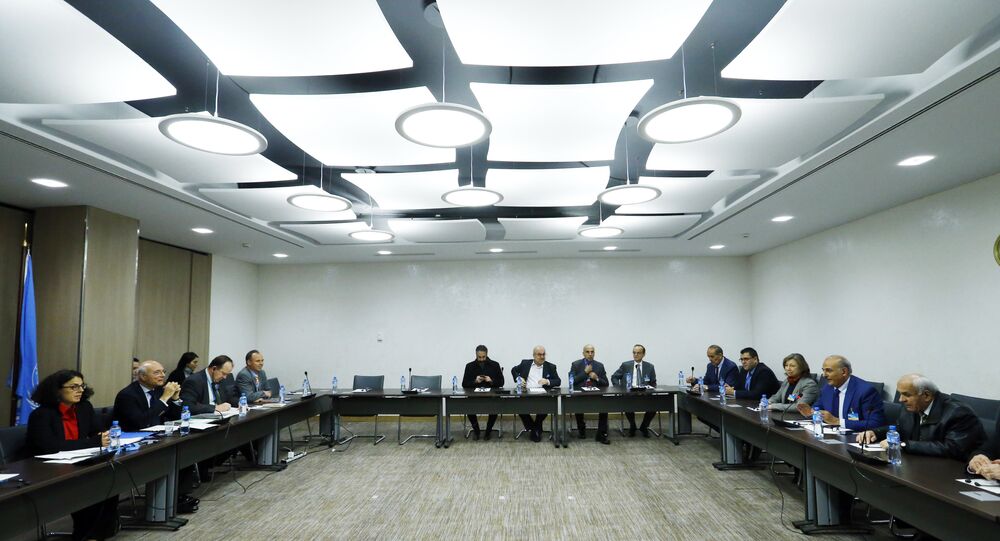 The United States does not believe Syrian President Bashar Assad will stay in power and remains committed to the Geneva process, Department of State spokesperson Heather Nauert said during a press briefing.

WASHINGTON (Sputnik) – Department of State spokesperson Heather Nauert said on Tuesday that the US does not believe Syrian President Bashar Assad will stay in power, adding that it may take time for the Syrian people to be able to vote for their next leader.

“We remain committed to the Geneva process, we believe that the future of Syria will not include Bashar al Assad, but that is ultimately up to the Syrian people,” Nauert said.

Nauert's comments came after the New Yorker magazine reported that President Donald Trump has decided to accept the continuation of Assad's rule until the country's next presidential election, which is set for 2021.

© AP Photo / APTV
US Maintaining Presence in Syria Heightens Risk of Clashes - Ex-Senate Adviser
The report, which cited unidentified US and EU officials, said Trump's decision reflected Washington's limited options in Syria after the military successes of Russia, Iran and Hezbollah in fortifying Assad's government. Nauert said the reporting by the New Yorker was off the mark.

Geneva is hosting the eighth round of the intra-Syrian talks held under the UN auspices. The current round was launched on November 28 and is expected to last through this Friday.

The Syrian united opposition delegation at the Geneva talks has expressed hope that Russia is working toward achieving progress at the ongoing negotiations, after Russian President Vladimir Putin said that he was hoping for Russia to help build a peaceful life and political process in Syria jointly with Turkey and Iran.

"We understand that [UN Security Council Resolution] 2254 was also signed by Russia as a permanent member of UNSC and we hope that Mr. Putin is keen to make this process here in Geneva successful and if there were any attempts on the part of Russia to contribute to the success of this process, we hope that this is what they are after," Syrian Negotiations Commission (SNC) spokesman Yahya Aridi said on Tuesday.

Resolution 2254 adopted in December 2015 urges UNSC member states to support efforts to introduce ceasefire and calls for talks between the Syrian government and opposition.

Nauert said the United States expected that Russia would continue efforts to bring the Syrian government to the negotiating table.

"We expect that Russia will continue to try to bring the [Syrian] regime to the table, but the Geneva process is something that we stand firmly behind," the spokesperson said.