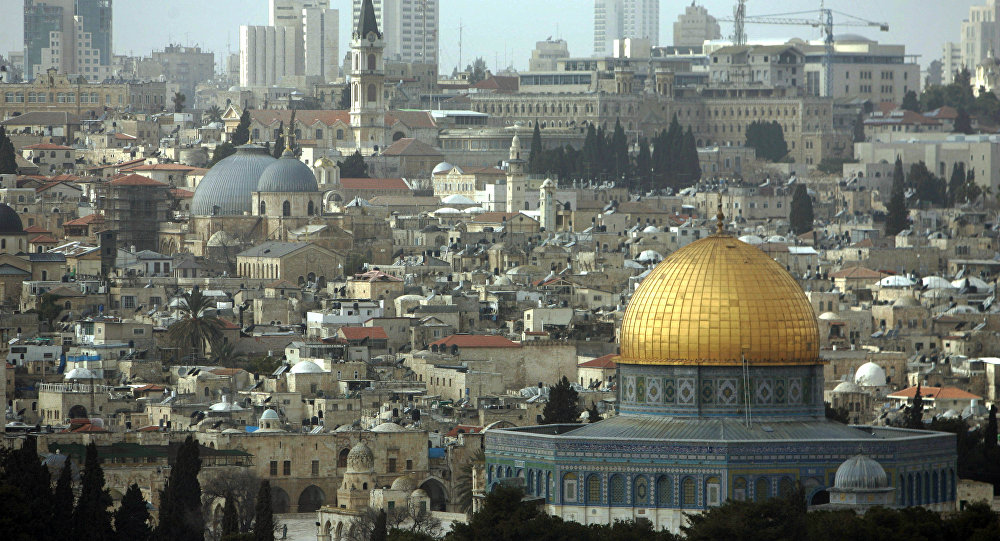 On Wednesday, US President Donald Trump announced that the US would recognize Jerusalem as the capital of Israel and instructed the State Department to start preparations for the transfer of the US Embassy from Tel Aviv. He also urged other countries to follow the US move. However, this act has sparked fierce criticism from abroad. 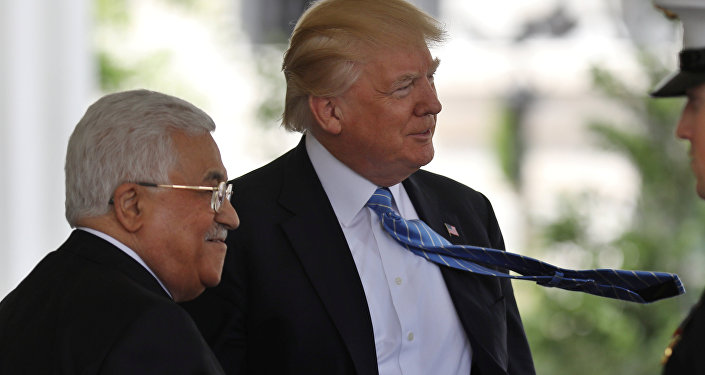 © REUTERS / Carlos Barria
Trump Reportedly Tells Abbas He Is Going to Move Embassy in Israel to Jerusalem
Palestinian Ambassador to France Salman Harfi in an interview to Sputnik on Thursday considers Israeli Prime Minister Benjamin Netanyahu’s claims of a number of countries being ready to follow the US example of recognizing Jerusalem as the capital of Israel to be mere "propaganda".

"He will not find a single country among the Arab states, or among non-aliened countries. Most countries have declared already their position," Harfi said.

Besides, Palestine will appeal to the international community and international law in order to defend itself from "chaos" in the region following US President Trump’s decision to recognize Jerusalem as the capital of Israel, Palestinian Ambassador added.

Trump and Israeli Prime Minister Benjamin Netanyahu put an end to the peace process between Israel and Palestine, the ambassador added, stating that they share the responsibility for the consequences of the "mad decision."

Belgian Foreign Minister Didier Reynder believes that US President Donald Trump’s decision to recognize Jerusalem as the capital of Israel contradicts international law and may provoke tensions in the region.

"Yesterday's decision contradicts international law and the course that has been pursued by the US administration previously," Reynders told the broadcaster RTBF.

The minister noted that the move might aggravate the situation in the region. The decision on the status of Jerusalem could be taken by the Israeli and Palestinian sides through negotiations, while the European Union might be more active in building a dialogue between them, Reynders added.

Switzerland’s Federal Department of Foreign Affairs (FDFA) on Thursday called Washington’s decision to recognize Jerusalem as Israel’s capital as an obstacle that must be overcome to achieve a peaceful solution to the decades-long Israeli-Palestinian conflict.

"Switzerland has duly noted that the status quo at the holy sites in Jerusalem will be respected," the statement read.

The statement recalled that under the UNSC Resolution 478, any solution to the Israeli-Palestinian conflict must be based on an agreement concerning the final status Jerusalem reached by all parties.

The European Union is worried that US President Donald Trump’s decision to recognize Jerusalem as the capital of Israel could diminish the country’s potential role in the region, EU foreign policy chief Federica Mogherini said Thursday.

"I’ve always been convinced and we remain convinced that the role of the United States in relaunching negotiations … is crucial and key, and this is part of the worries we have that this move could diminish the potential role that the United States could play in the region," she explained at a briefing.

IN addition, Mogherini stressed that the worst thing that could happen after Trump's decision would be the escalation of tensions around Jerusalem's holy sites and in the region.

The official stance of the Russian Foreign Ministry is that the unilateral US decision to recognize Jerusalem as the capital of Israel does not promote the Palestinian-Israeli talks, a source told Sputnik on Thursday.

The source said Moscow was concerned about Trump's decision. 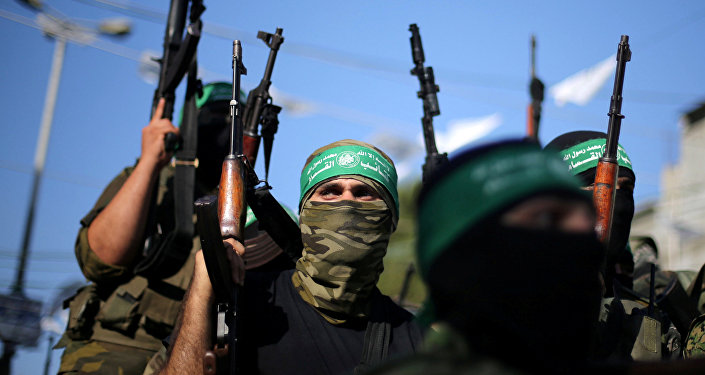 "The status of Jerusalem is the cause of clashes between Israel and Palestine and is related to the religious feelings of different nations. The international community has always unilaterally adhered to the settlement of the issue on the status of Jerusalem through talks. The Chinese side calls on all the parties [to the crisis] to abide by an objective and just position, as well as to exert efforts for speedy renewal of the peace talks between Israel and Palestine, and ensuring peace and stability in the region," Geng Shuang said commenting on the US move.

According to the ministry's official, Beijing backs creation of the independent Palestinian state with the capital in East Jerusalem.

Trump pledged to recognize Jerusalem as the undivided capital of Israel and to move the US embassy to Jerusalem during his presidential campaign in 2016. Although Jerusalem was declared the capital of a unified Israel in 1980 and the Israeli parliament sits in West Jerusalem, this move has never been recognized by any foreign state. The international community favors resolution of the conflilct on the basis of an agreement with the Palestinians.

Israel seized then Jordan-controlled East Jerusalem, the Old City along with the entire West Bank, during the 1967 Six-Day War. Both Israel and Palestine claim Jerusalem as their capital. The PLO demands that Israel should withdraw from the Palestinian territories.