Ratko Mladic, the former leader of Bosnian Serbs and a military commander was sentenced to life in prison after the UN war crimes tribunal found him guilty of the involvement in the Srebrenica massacre and committing crimes against humanity.

On Wednesday, the International Criminal Tribunal for the Former Yugoslavia announced its verdict in the trial of former Bosnian Serb army chief Ratko Mladic. He has been charged with having committed genocide, war crimes and crimes against humanity during the 1992-1995 war in Bosnia. Mladic denied all accusations.

A three-judge panel at the court formally known as the International Criminal Tribunal for the Former Yugoslavia found Mladic guilty of commanding forces responsible for crimes including the worst atrocities of the war – the deadly three-year siege of the Bosnian capital, Sarajevo, and the 1995 massacre of some 8,000 Muslim men and boys in the eastern enclave of Srebrenica, which was Europe's worst mass killing since World War II.

"For having committed these crimes, the chamber sentences Ratko Mladic to life imprisonment," judge Alphons Orie told the Yugoslav war crimes court after finding Mladic guilty on 10 of 11 counts, including genocide for "heinous crimes against humankind."

United Nations Commissioner for Human Rights Zeid Ra'ad Al-Hussein hailed Mladic's conviction as "a momentous victory for justice," adding that Mladic was "the epitome of evil," and his prosecution is "the epitome of what international justice is all about."

According to the commissioner, the general "presided over some of the darkest crimes to occur in Europe since World War II, bringing terror, death and destruction to thousands of victims, and sorrow, tragedy and trauma to countless more. Today's verdict is a warning to the perpetrators of such crimes that they will not escape justice, no matter how powerful they may be or how long it may take. They will be held accountable." 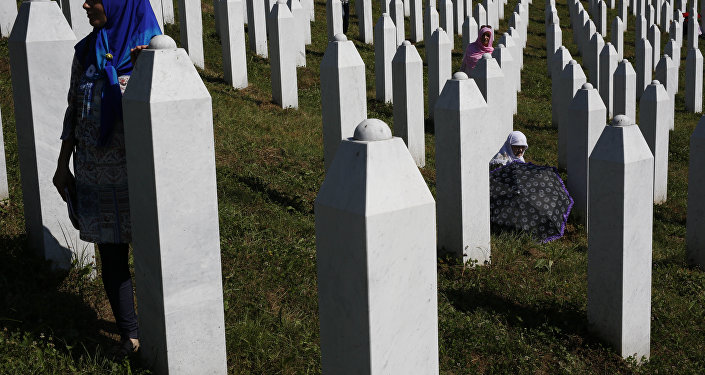 © AP Photo / Amel Emric
Most Serbs Against Dividing Srebrenica Killing Victims Into ‘Categories’
Mladic's defense lawyers, for their part, insisted that Mladic did not order the Srebrenica killings, and said that the trial against him was biased. In October 2015, a leading forensic pathologist set to testify for the defense was found dead in his hotel room, just days before his testimony for the Tribunal, furthering rumors that the case against the commander was little more than a kangaroo court.

In March 2017, the lawyers called for provisional release of Mladic, who they said was not getting relevant medical treatment at the UN detention center in The Hague. The requests were rejected by the judges in May.

Among Bosnia's Serb community, in Serbia, Russia and elsewhere in Eastern Europe, officials, academics, and other observers have rejected the blunt and unequivocal placing of blame for the carnage during the Bosnian war on the Bosnian Serbs alone. In 2015, Russia vetoed a UN resolution describing the Srebrenica as a "crime of genocide" for this very reason. Moscow argued that the war in Yugoslavia saw the crime of ethnic cleansing committed by all warring sides. 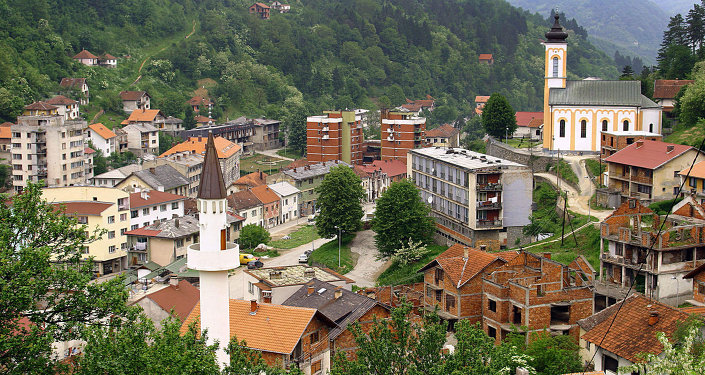 © AFP 2019 / STRINGER
UNSC Genocide Vote Designed to Justify NATO Bombing of Yugoslavia
Elena Guskova, a respected Russian Balkans expert who was on the ground during the Bosnian war, has also questioned the use of the term "genocide" to describe what happened in Srebrenica, and said that there is evidence to conclude that the deaths there were caused by fighting between Serbian forces and the Muslim Bosnian army. She pointed out that the figures of the Srebrenica massacre have themselves been subject to manipulation, fluctuating radically between 5,000 and 25,000 people. At the same time, she said, Western powers continue to turn a blind eye to the estimated 4,500 Serbian civilians killed by Muslim Bosnian armies, effectively under the protection of the UN's Blue Helmets.

Other observers have criticized the decidedly anti-Serb slant in the Yugoslav Wars war crimes trials in general, including against those against Serbian commander Radovan Karadzic, who was convicted of genocide in 2016, and former Serbian President Slobodan Milosevic, who died in his prison cell at The Hague in 2006, before the conclusion of a separate trial covering the wars in Bosnia, Croatia and Kosovo. Milosevic was never convicted. 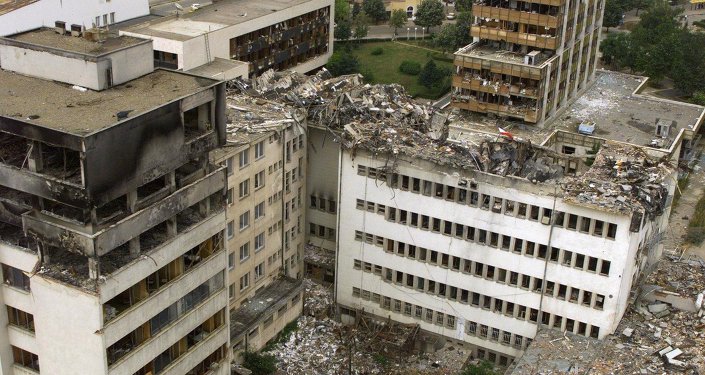 © AFP 2019 / RUSSELL BOYCE / REUTERS POOL
Serbia to Investigate Consequences of 1999 NATO Bombing
Russian journalists have also pointed out that the anti-Serbian angle behind these trials not only ignores the crimes committed by the other side during the wars, but justifies US, European and NATO actions in the Balkans, from their tacit support for anti-Belgrade forces in the early 1990s, to their open military interventions in Bosnia and Serbia itself during its 1999 78-day bombing campaign of the country.

These interventions, particularly the 1999 bombing campaign, have resulted in the deaths of over 5,000 Serbian civilian deaths, thousands of injuries, and a trail of cancers and other illnesses caused by the depleted uranium ammunition used by NATO forces. Observers of Mladic's trial have questioned when justice will be served in the case of the Western alliance's actions.