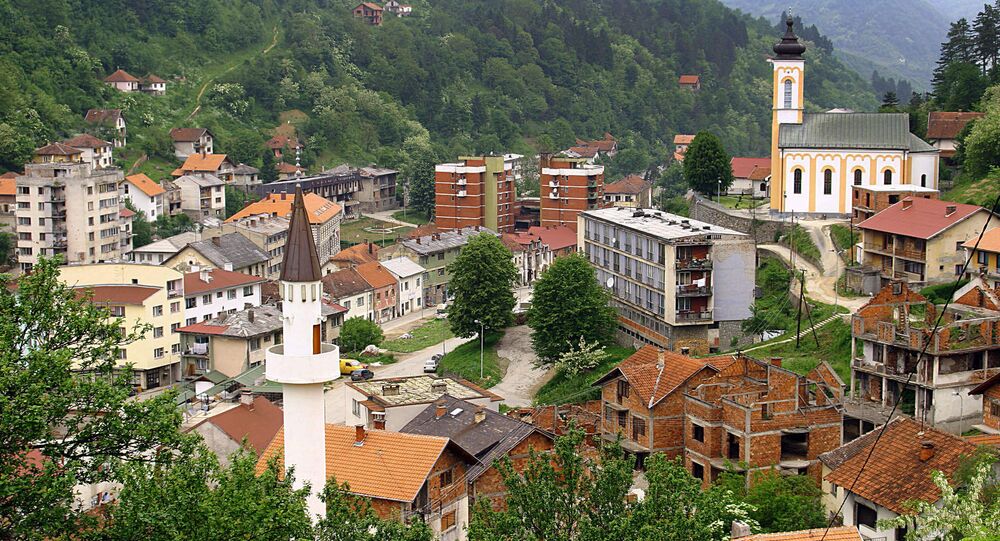 Russia vetoed a UN resolution that would have condemned the 1995 massacre at Srebrenica during the Bosnian war as a "crime of genocide" because it places the blame for the Balkan war crimes entirely on the Serbs, a prominent Russian lawmaker said Tuesday.

"We voted against the draft because it would only exacerbate the situation in the region. Russia, just like Serbia, admits that it was a crime against the Srebrenica Muslims, but we are against calling it genocide. Because during the war in Yugoslavia acts of genocide, or, rather, ethnic cleansings, were committed by all warring sides," Alexei Pushkov, the head of the State Duma’s Foreign Affairs committee, told RIA Novosti news agency.

© AP Photo / Amel Emric
West Uses Srebrenica Massacre to 'Justify' Own Actions in Balkans
The UN Security Council put the resolution to a vote on Wednesday, despite appeals from Russia and China not to because of divisions in the UN's governing body.

The vote condemning the mass killing 20 years ago as an act of genocide was 10-1, with four abstentions — Angola, China, Nigeria and Venezuela.
Russian Ambassador Vitaly Churkin called the UK-drafted text "not constructive, confrontational and politically-motivated," arguing that it unfairly singled out Bosnian Serbs for war crimes.

"The draft that we have in front of us will not help peace in the Balkans but rather doom this region to tension," Churkin told the UNSC meeting that began with a minute of silence to remember the victims.

In July 1995, nearly 8,000 ethnic Muslims seeking shelter in what was supposed to be a UN refuge in Srebrenica were shot dead by the Bosnian Serb army led by General Ratko Mladic. The town’s siege and subsequent execution of its male defenders became one of the darkest episodes of the 1992-1995 war in Bosnia-Herzegovina.