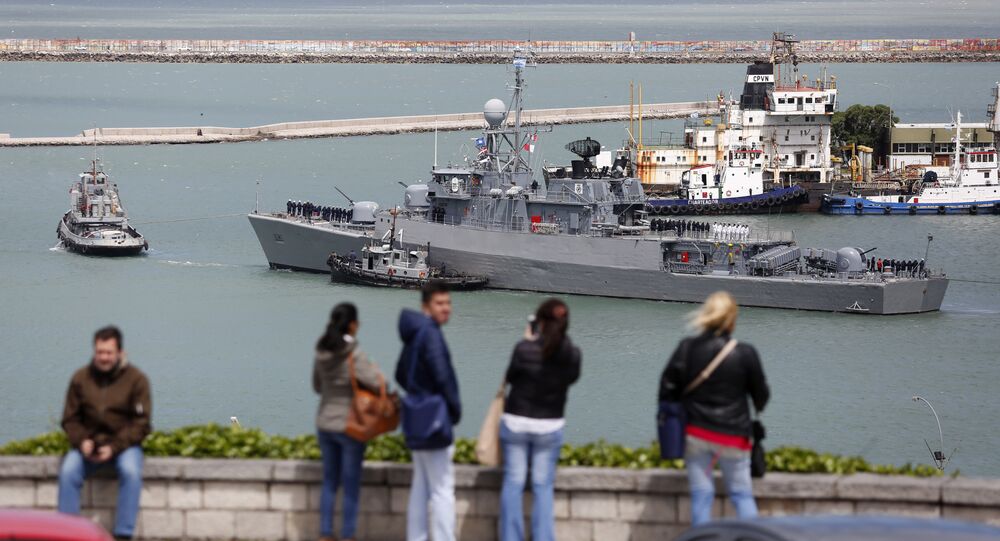 The Argentinian Navy have received seven satellite calls from the missing San Juan submarine, but have not been able to establish connection, the country's Defense Ministry said.

MOSCOW (Sputnik) — According to the Defense Ministry of Argentina, the calls were received by various naval bases between 10:52 a.m. and 3:42 p.m. local time (13:52 GMT and 18:42 GMT), but no connection with the submarine could be established.

"Seven satellite calls, which could be emitted by San Juan submarine, were registered today; the calls' length was between four and 36 seconds," the ministry said in a statement on Saturday.

© AP Photo / Natacha Pisarenko
Argentine President Vows to End 'Privileges' Amid Family 'Dirty Money' Allegations
San Juan submarine with 44 crew on board has been missing since its last communication on Wednesday en route from the port of Ushuaia to the coastal city of Mar del Plata in Buenos Aires province. Aircraft and vessels have been searching the area where the ARA San Juan was last detected.

The United States is sending the Submarine Rescue Chamber and underwater intervention Remotely Operated Vehicle to Argentina to help search for the missing San Juan submarine, the US Naval Forces Southern Command said in a statement.

"Three US Air Force C-17 Globemaster III and one US Air Force C-5 Galaxy aircraft will transport the first rescue system, the Submarine Rescue Chamber (SRC) and underwater intervention Remotely Operated Vehicle (ROV) from Miramar to Comodoro Rivadavia, Argentina. The four aircraft are scheduled to depart Miramar Nov. 18 and arrive in Argentina Nov. 19," the US Naval Forces Southern Command said in a statement on Saturday.

The US Navy will be deploying its Undersea Rescue Command (URC) based in San Diego to assist Argentina.

Chilean, UK and US authorities have offered Argentina their assistance in the search for a missing vehicle. Argentina's President Mauricio Macri expressed readiness on Saturday to accept international assistance in search and rescue activities.

"We must use all national and international resources necessary to locate the San Juan submarine as soon as possible," Macri wrote on Twitter.

​The Argentine authorities reman in constant contact with the relatives of the missing submarine crew, the president added.

Argentine naval spokesman Enrique Balbi earlier said that the submarine may have suffered a communications error. According to the newspaper Clarín, the submarine could have experieced a fire or a technical failure.

​According to national Argentine newspaper La Nacion, the submarine, which is 66 meters long, has a diesel-electric vessel that underwent a complex repair and engineering work in 2008, was constructed in Germany in 1985 and joined the Argentine Navy a year later.