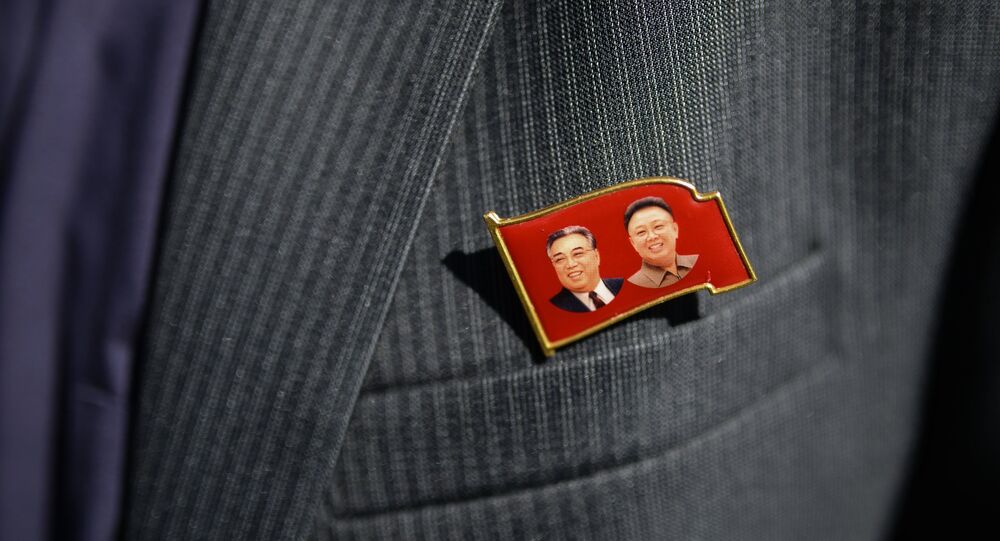 A member of the North Korean delegation to the Assembly of the Inter-Parliamentary Union has criticized the upcoming South Korean-US war games amid tensions on the Korean Peninsula. Pyongyang has repeatedly slammed the joint drills in the region, saying that they risk provoking a further escalation.

MOSCOW (Sputnik) — Due to the unprecedented pressure from Washington, and also taking into account the upcoming exercises of the South Korea and the United States on the Korean Peninsula, representatives from Pyongyang and Seoul, as well as Pyongyang and Washington, are unlikely to sit down at the negotiating table, a member of the North Korean delegation told Sputnik on Sunday.

The North Korean lawmaker added that his delegation had no plans to meet with South Korean parliamentarians. "No such plans yet," he said, answering the relevant question.

© REUTERS / KCNA
North Korea Reportedly Preparing for New Missile Launch Amid US-South Korea Wargames
The statement comes as the US-South Korean drills are set to kick off on Monday. Earlier, the US flew two B-1B strategic bombers over the Korean Peninsula and test-fired ground-attack missiles. Moreover, the USS Michigan, a nuclear-powered US submarine, has arrived in the South Korean port of Busan amid the ongoing escalation of tensions.

Pyongyang has responded to the war games by saying that the US and South Korea "ignite an aggressive nuclear war against us," calling the arrival of B-1b bombers and nuclear submarines "reckless military provocation." Moreover, media reports suggested that North Korea is allegedly preparing for a missile launch amid the US-South Korea drills.

The situation around North Korea escalated in recent months, following series of missile and nuclear tests by the country. In September, the UNSC unanimously passed a new round of sanctions in retaliation for North Korea's most powerful nuclear test every conducted on September 3. The US imposed its own sanctions against North Korea on September 21; the sanctions target Pyongyang's information technology, manufacturing industries, as well as fishing and textiles.

No Direct Contact Between the South and the North

Russian State Duma Deputy Speaker Pyotr Tolstoy also commented on the issue and said that South Korean and North Korean delegations will not meet on the sidelines of Inter-Parliamentary Union's Assembly.

"There will be no direct contact between the delegations of two Koreas," Tolstoy told Sputnik.

Russia's St. Petersburg is currently hosting the 137th IPU Assembly that kicked off on October 14 and will continue until October 18.

"So, we do not have any set meeting now, and we are not planning to meet [with each other]. That's why, I have nothing to tell you at the moment," Chung said.

The head of South Korea's delegation indicated that steps should be taken by both parties in order to arrange a meeting.