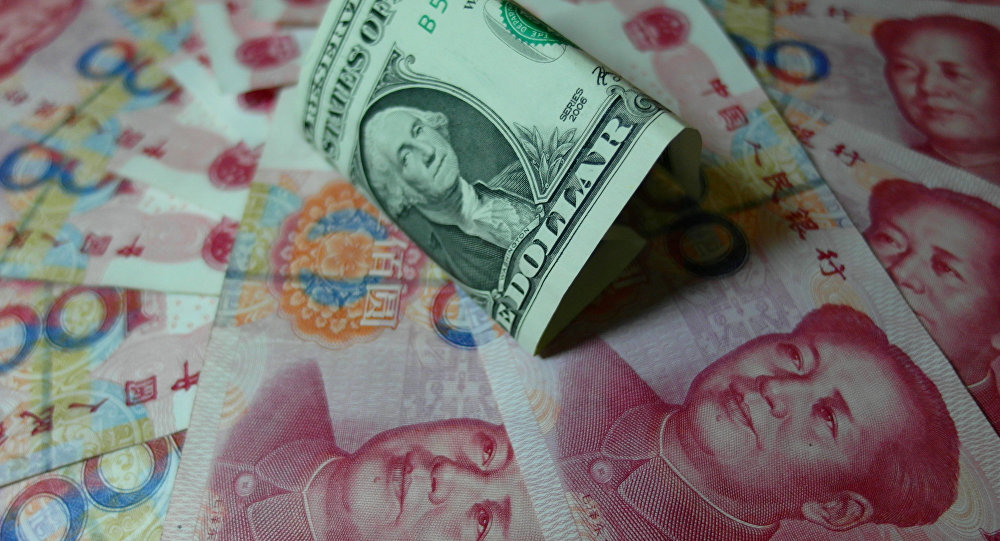 If US Starts Trade War, China Has an 'Arsenal of Retaliatory Measures'

President Donald Trump issued an order to launch an official US investigation of China’s trade practices. The Chinese Foreign Ministry appealed to the US administration to avoid a "trade war." However, investment and banking specialist Andrew Leung explained to Sputnik Radio that if push comes to shove, China has a lot to respond with.

China has criticized Donald Trump’s order to initiate a probe of Beijing's technology policies. In its official statement the Chinese Commerce Ministry said that the move violated international rules. It also warned that Beijing will "resolutely safeguard Chinese interests if they are hurt."

Earlier, US President Donald Trump issued an order for a possible US trade investigation of China’s trade practices. He told US trade officials to look into whether Beijing improperly requires foreign companies to hand over technology in exchange for market access.

© REUTERS / Jason Lee
Anti-China Sanctions: The Real US Aim in Asia, and How Beijing Can Respond

According to the survey by the US-China Business Council, within the past three years more than 20 percent of 100 American companies were asked to transfer their technology to get an access to Chinese market.

Ahead of Trump’s order on Monday, the Chinese foreign ministry appealed to the US administration to avoid a "trade war."

Sputnik Radio discussed the issue with Hong Kong-based investment and banking specialist Andrew Leung, who said that in case of a trade war with the US, China has a lot to respond with.

"There are a number of aspects: first of all, the accusations that China has been stealing intellectual property, in one way or another, has been going on for many-many years. And this is a complaint of many American companies, who are saying that Chinese companies sometimes resort to trade espionage, stealing trade secrets and also sometimes to violating the copy rights. And otherwise harming the intellectual property interests of their companies.  This has been going on for a long time. These practices are in violation of trade rules under the World Trade Organization (WTO)," he told Sputnik.

However he further explained that the Trump administration is choosing to use not the WTO rules but the internal national laws of the US: the so-called Section 301 and Section 201. 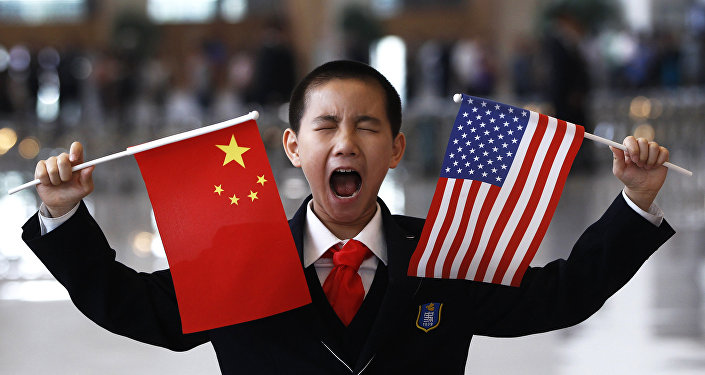 © AP Photo / Shannon Stapleton, Pool
Isolated America? What if China Really Responds to Suggested US Sanctions
These rules were enacted at the time of the Cold War, many years ago. And they were supposed to be superseded by the WTO. Hence China decided to enter the WTO and bind itself to the international rules.

The investigation therefore is likely to take a long time, it can easily take over a year and then at the end of the day it could amount to even accusations, if not, there could be complaints and further investigations, he said.

Resorting to American rules would allow the US President to use national response measures allowed under the US laws although not compatible with the WTO rules, which require negotiations and whole processes under the WTO.

So, if there is going to be a trade war at this stage, not immediately, China has an arsenal of measures: in case these rules are not regarded as the WTO compatible, then China could resort to retaliation. And there are a number of very large American companies, which are dependent on China's market, for example Boeing and other companies doing businesses in China, which could be harmed.

Starting a trade war however would not harm only the interests of China and the US, because the international trade is not just bilateral.

"If we look at products, most of the products have inputs from various countries of the world. Hence there is likely to be collateral damage to a lot of other countries. This is a no-win situation," the expert stated.