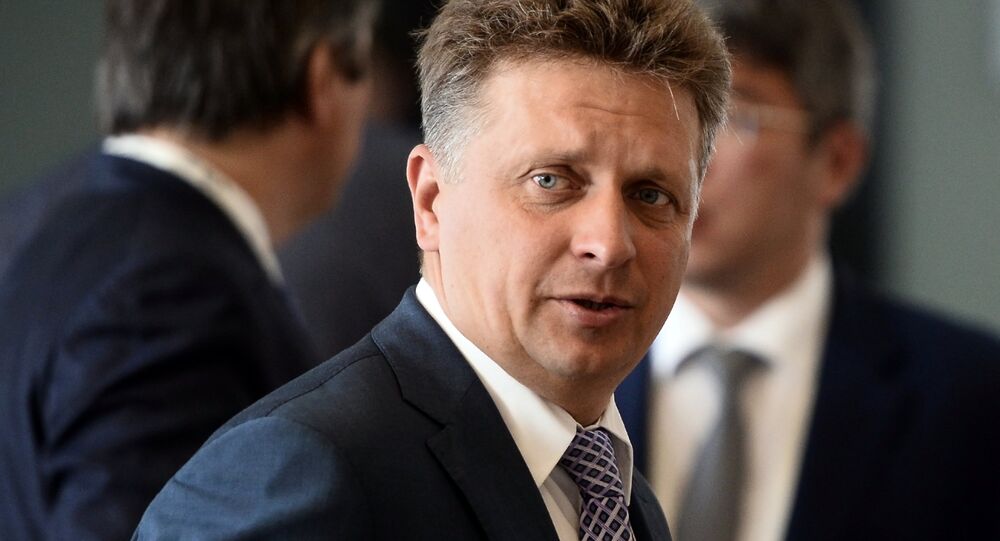 According to Russian Transport Minister Maxim Sokolov, economic relations between Russia and Latvia are in the process of being restored.

RIGA (Sputnik) – Economic relations between Russia and Latvia are in the process of being restored and currently on the rise, Russian Transport Minister Maxim Sokolov said on Tuesday.

"Statistics show a restoration of our relations and the start of their growth," Sokolov said at a briefing after the meeting of the Latvia-Russia Intergovernmental Commission (IGC).

© AFP 2021 / Ilmars Znotins
Latvia Interested in More Cooperation With Russia - Prime Minister
According to the Russian transport ministry, the parties agreed to exchange an additional 3,000 permits for transit and bilateral shipments of goods, as well as for shipment from third-party countries, for 2017.

The delegations also discussed preparations for the signing of an intergovernmental agreement on direct international railway communication.

The Tuesday’s meeting of the ICG, established in 2007, was the first one since November 2013.

Political and trade relations between Russia and Western states, including Latvia, deteriorated in 2014 amid the Ukrainian crisis and following Crimea’s reunification with Russia. Brussels has since introduced several rounds of anti-Russia sanctions, while Moscow introduced countermeasures, imposing food embargoes on the countries that supported the sanctions