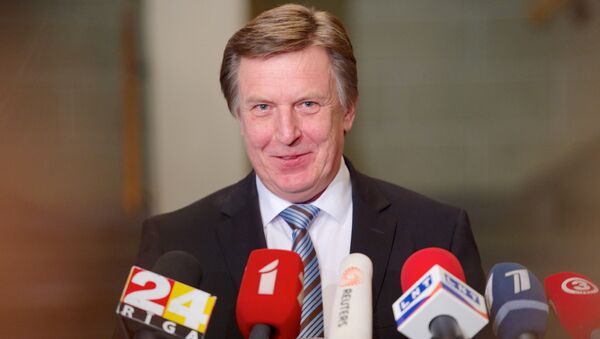 RIGA (Sputnik) – A Sputnik correspondent cited Kucinskis as saying that Latvia was interesting in developing constructive cooperation with Russia in border protection, migration, customs and transport. In addition, Riga expressed willingness to cooperate with Moscow in art and culture.

"It is a positive fact that the Latvia-Russia Intergovernmental Commission [IGC] resumes its work after a four-year break. Latvia considers the commission a good format for cooperation between the two states, where there is the opportunity to hold constructive talks on particular issues," Kucinskis added.

Sokolov arrived in the Baltic state to take part in the IGC meeting, set for Tuesday. The previous meeting of the commission was held in Moscow in November, 2013.