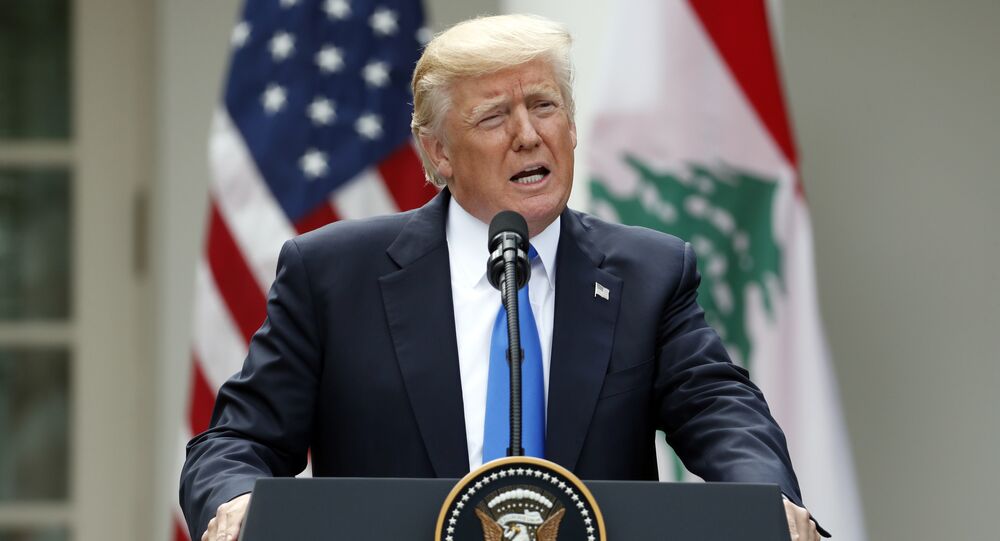 US President Donald Trump said to reporters at his golf club in Bedminister, New Jersey that if Kim Jung Un does anything to Guam, he will retaliate with something no one has ever seen before.

WASHINGTON (Sputnik) — Trump noted that he was not daring Pyongyang to do anything, just making a statement.

"Let’s see what he does with Guam," Trump stated on Thursday. "He does something in Guam, it will be an event the likes of which nobody’s seen before what will happen in North Korea."

The North Korean leader said it was considering an attack on Guam, which hosts multiple US military bases, on Tuesday, after Trump threatened Pyongyang with "fire and fury."