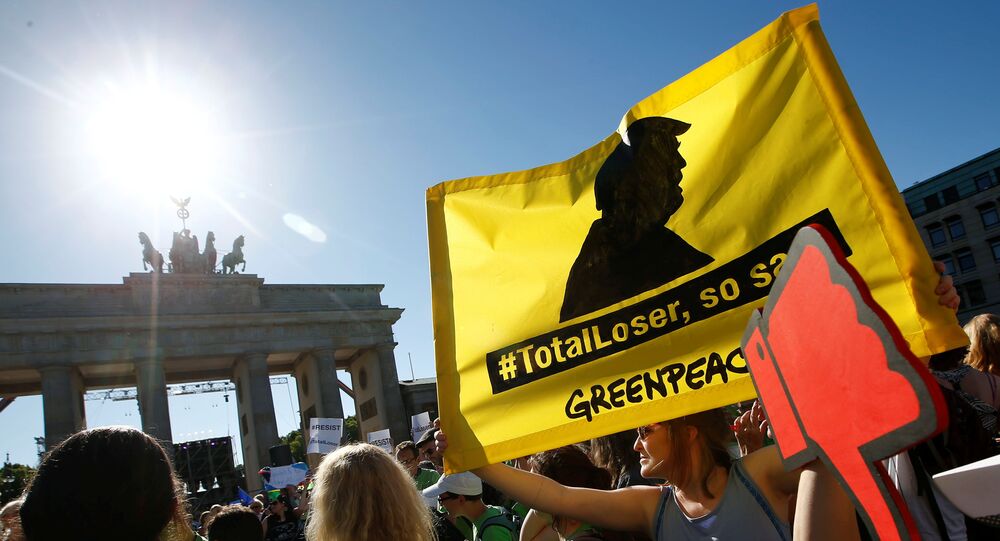 © REUTERS / Joshua Roberts
Trump Believes in Climate Change Despite Paris Deal Withdrawal - US Ambassador
MOSCOW (Sputnik) — The decision of the United States to withdraw from the Paris Agreement on climate change may have harmful consequences for the joint fight against the issue, Brazil's Ambassador to Russia Antonio Luis Espinola Salgado told Sputnik on Monday.

"Our country noted the decision of the United States to leave the Paris Agreement with concern and disappointment. Undoubtedly, this decision will have a negative impact on the efforts made by other countries of the international community in order to counter climate change," Salgado said.

Salgado emphasized that Brazil had been seriously addressing the issue of climate change.

"Even though I am not an expert on ecology, I have to say that issues related to climate change are in the focus of attention of our government. Brazil is one of the main initiators of the negotiations, which resulted in the Paris Agreement," Salgado added.

© REUTERS / Mike Segar
Australia Intends to Ratify Paris Climate Change Deal by Year-End
The ambassador noted that Brazil was determined to "remain committed to its obligations within the framework of the climate agreement and will work toward the achievement of the goals that were defined." The diplomat also expressed hope that other countries would not put in question the achievement of the goals after the decision made by the United States.

On June 1, US President Donald Trump announced that his country would be pulling out of the Paris climate accord, arguing that the agreement had the potential to hurt the US economy and affect national job growth while unfairly benefiting other nations. However, the president expressed his readiness to renegotiate the deal under terms that would be more fair to the United States.

The Paris climate accord, created within the UN Framework Convention on Climate Change and championed by former US President Barack Obama, has been signed by 195 parties and ratified by 148. The agreement aims at keeping the increase in average global temperature at below 2 degrees Celsius above pre-industrial levels by reducing greenhouse gas emissions. Each party to the deal has agreed to cut their emissions, and is expected to produce its own plan for achieving these goals, determine the time line for the implementation of said goals, and then report on its progress.