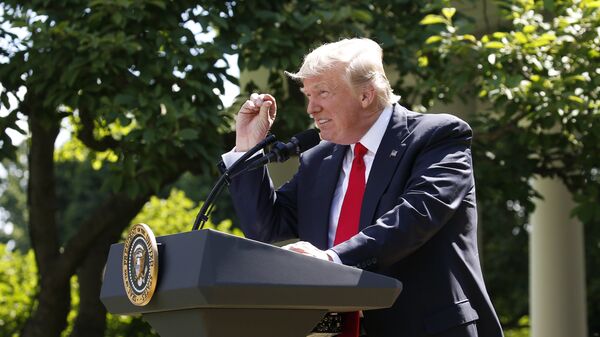 On Thursday, Trump announced a decision to withdraw the United States from the agreement but said Washington would look to renegotiate the deal. In response to the decision, France, Germany and Italy said in a joint statement the agreement could not be revised.

"President Trump believes the climate is changing and he believes pollutants are part of the equation… He knows that it's changing, he knows that the US has to be responsible for it and that's what we are going to do," Haley told the CNN broadcaster.

The ambassador stressed that withdrawing from the accord did not change the country's commitment to fighting climate change.

The Paris climate deal was signed in 2015 by 194 countries and ratified by 143. The agreement aims at keeping the increase in average global temperature at below 2 degrees Celsius above pre-industrial levels, by reducing greenhouse gas emissions.