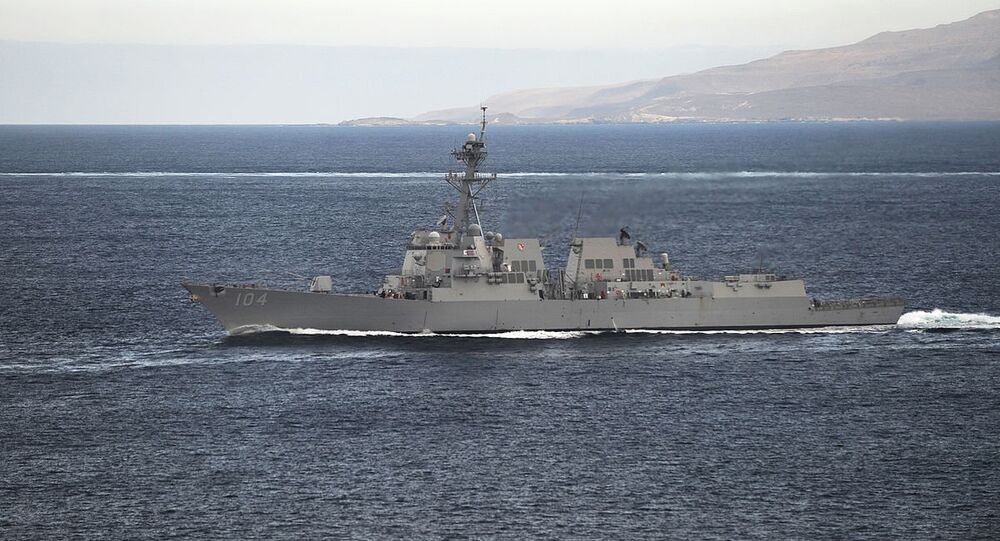 US Concludes Readiness and Training with Thai, Singapore Warships - Navy

According to US Navy, guided-missile destroyer Sterett and the littoral combat ship Coronado completed a training exercise with warships from Thailand and Singapore in the South China Sea.

© AFP 2021 / US Navy photo
US Guided Missile Destroyer Ross Departs Haifa, Israel After Port Visit - Navy
WASHINGTON (Sputnik) – The US guided-missile destroyer Sterett and the littoral combat ship Coronado completed a training exercise with warships from Thailand and Singapore in the South China Sea, the US Navy announced in a press release on Friday.

"Ships from the Republic of Singapore navy, Royal Thai navy and US Navy completed a three-day multilateral Cooperation Afloat Readiness and Training (CARAT) exercise in the South China Sea on May 12," the release said.

Training programs like CARAT are conducted under the auspices of the Navy's 7th Fleet. Other naval exercises include Pacific Partnership, Naval Engagement Activity with Vietnam, and the Southeast Asia Cooperation and Training with Brunei, Indonesia, Malaysia, Sri Lanka, Bangladesh, the Philippines, Singapore and Thailand.

The Navy's 7th Fleet area of operations is the 48 million square miles of the Pacific and Indian Oceans, from the International Date Line to the India, the border with Pakistan and from the Kuril Islands in the north to the Antarctic in the south.