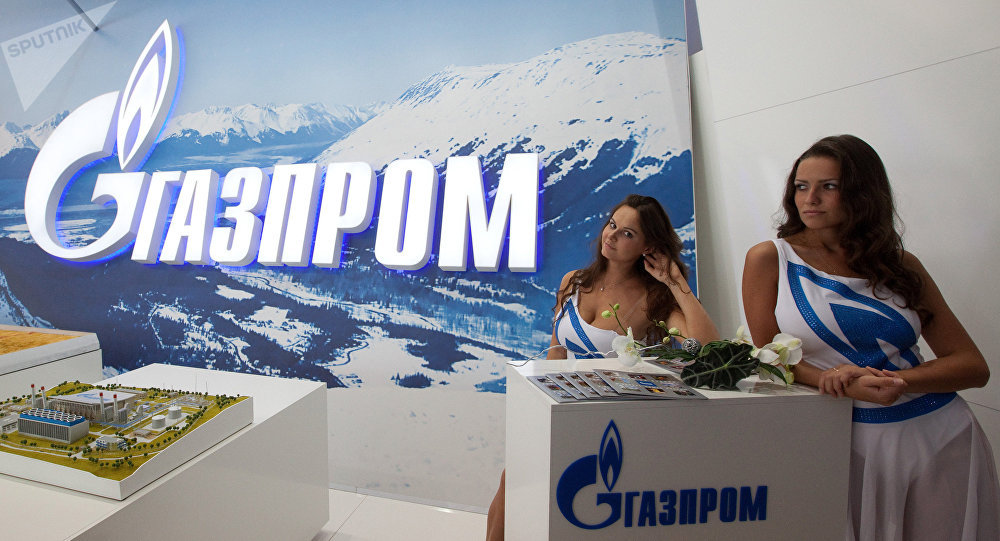 Gas Prices Rising in EU Due to 'Situation in Oil Market,' not on Russia's "Whim"

Earlier this week, Alexander Medvedev, deputy chairman of the Russian energy giant Gazprom's management committee, said that the price of natural gas exports to Europe looks set to stay within the $180-190 per 1,000 cubic meter bracket in 2017.

Noting that last year, European customers paid an average of $167 per 1,000 cubic meters, Medvedev stressed that Europe "was and still is Gazprom's priority market.'

Gazprom's share in the European gas market has risen from 31 percent to 34 percent in 2016, he said. "Our share will not change in the next few years," Medvedev said.

Commenting on the issue, Alexei Grivach explained that the current rise in gas prices is affected by the increasing price of oil, which is tied to the price of gas.

Oil has become more expensive for several months now, while the contract price of gas for Europeans comes with a certain delay, according to Grivach.

"In line with established practice, long-term gas supply contracts are tied to the cost of oil in accordance with the average price for the previous six-nine months. This makes gas prices remain more predictable and less volatile," he said.

For example, he explained, during this winter, which was cold in Europe, gas demands were very high, and the spot hubs' gas prices were much higher than those of long-term contracts.

"That is, companies with long-term gas contracts tied to oil prices managed to capitalize on the situation at the time. Now the price of gas will increase not because Gazprom has decided to do so, but because there is such a situation in the oil market," Grivach pointed out.

According to him, due to an increase in export gas prices, some in Europe will again call for reducing dependence on Russian gas; however, energy market players have already made their choice, Grivach stressed.

"[On the one hand], there are political phobias and calls to get rid of dependence [on Russian gas], but [on the other], there is understanding of the market players regarding which gas is more reliable and more attractive and flexible in terms of supply conditions. They are ready to buy this gas despite allegations by some members of the political establishment in the EU and the European Commission that all this is wrong," he said.

He added that speculation on reducing dependence on Russian gas has been in place for years and that as such, diversification is "a good thing."

© Photo : turkstream.info
EU's Move to Kill South Stream Cost Southeastern Europe Future Energy Security
"It's a different matter that the whole policy of diversification pursued by the EU leads only to an increase in gas prices for final consumers, and not vice versa," Grivach said, citing "redundant infrastructure", the creation of "artificial barriers" and "restrictions on market access."

Last month, Gazprom CEO Alexei Miller said that the share of the Russian energy giant on the European gas market over the past year increased by three percentage points to reach 34 percent.