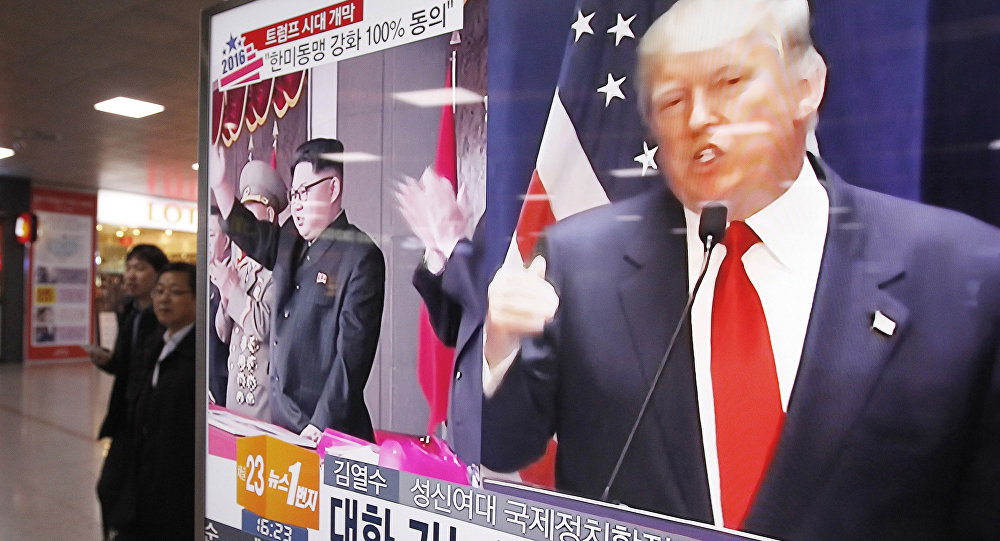 China and the US have absolutely different approaches to North Korea's nuclear threat, with Beijing warning that it's dangerous to push Pyongyang too hard, John Dunn, Professor Emeritus of Political Theory at Cambridge, told Sputnik. 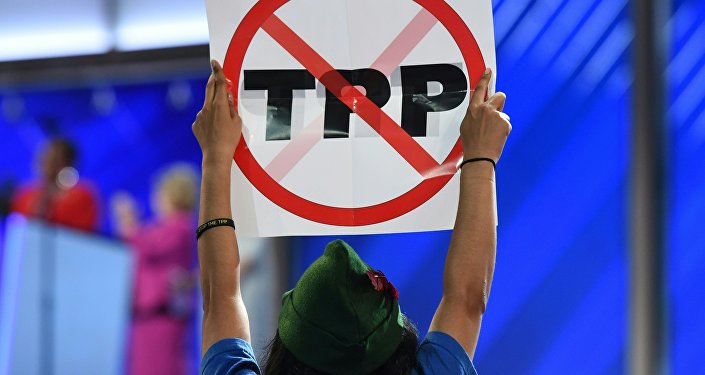 © AFP 2019 / Timothy A. CLARY
TPP Without US: Will China Step in to Replace Washington in the Agreement?
In an interview with Sputnik, John Dunn, Professor Emeritus of Political Theory at Cambridge, specifically pointed to Beijing's and Washington's absolutely different stance on North Korea's nuclear threat given that China has repeatedly warned against pushing Pyongyang too hard.

The interview came after the US threatened to blacklist Chinese companies and banks if it fails to enforce UN sanctions against Pyongyang, according to senior State Department officials quoted by Reuters.

Washington is reportedly considering imposing sanctions on Chinese steel companies that make use of cheap North Korean coal. The measures could also target North Koreans who work through Chinese banks.

US officials have been expressing growing impatience with China, claiming that it has not strictly enforced existing sanctions to help curb Pyongyang's nuclear program.

He added that there has to be "a necessary response" to the situation on the Korean peninsula and that China was ready to cooperate on that issue with members of the UN Security Council.

Commenting on the matter, John Dunn said that Beijing believes that "it is dangerous to push the North Korean regime too hard because it might simply collapse and if it collapses there will be a chaotic situation which may damage China."

It is something that adds to "very tense relations between the United States and China" which have been in place "for a long time," according to Dunn.

Asked about the possible far-reaching consequences from the US' possible imposition of penalties on China's steel companies, Dunn said that "it would certainly affect pricing on the world steel market quite a lot."

"If I were the incoming Trump Administration, I would not want to be in a major trade row with China," Dunn said adding that Beijing may "push a lot harder in the [South] China Sea which is a very unstable area."

Beijing's territorial claims to the Spratly Islands in the South China Sea, which are believed to be rich in oil and gas reserves, run counter to those of the Philippines, Taiwan, Malaysia, Brunei and Vietnam.

On September 9, Pyongyang confirmed that it had carried out a nuclear test, at its northeastern nuclear test site.

© AP Photo / Vincent Thian
Will Malaysia Be America’s Second Black Eye in South China Sea?
The nuclear experiment is believed to be the fifth and largest since Pyongyang started pursuing nuclear and ballistic missile programs, drawing condemnation from the international community.

Pyongyang's January nuclear test and a long-range rocket launch in February resulted in the tightening of sanctions against North Korea in a new UN Security Council resolution adopted in March.