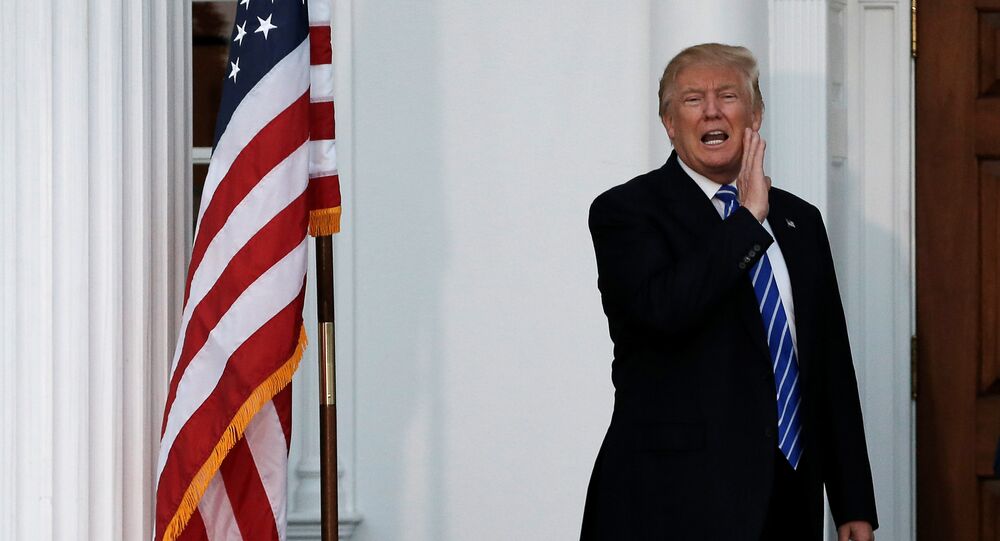 According to the US President-elect Donald Trump's advisor, the new US administration needs to fully reconsider US-Russia relations.

© AP Photo / Evan Vucci
Trump to Confront Russia Despite Campaign Statements - UK Defense Secretary
MOSCOW (Sputnik) — The new US Administration needs people who believe in the potential of US-Russia relations and support the views of President-elect Donald Trump on the necessity to restore ties with Moscow, Carter Page, who served as an adviser to his Presidential campaign told Sputnik, commenting on the appointment of the next Secretary of State.

Trump is reportedly considering two candidates for the top diplomat role in his Cabinet — former New York mayor Rudy Giuliani and former presidential nominee and ex-governor of  Massachusetts Mitt Romney. The latter has been a vocal critic of Trump during his campaign.

“Any future narrative involving a long-standing political foe in the US political arena would most likely begin by showing off with initial negotiations, focusing on a refrain that ‘we’re trying.’  In reality, people who do not fully understand and believe in the full potential of the US-Russia relationship are destined to fail miserably.  As usual, it almost always ends by pointing the finger at the Russian leadership for any mistakes and unsuccessful conclusion of the negotiations,” Page said.

“Heads of State are best served by individuals who share their core principles,” Page added.

© AP Photo / Evan Vucci
Trump to Meet Gen. Petraeus on Monday, Mitt Romney and Corker on Tuesday
Romney and president-elect have incompatible views on Russia. Trump advocated the need to build closer ties with Moscow during his campaign. Romney, instead, called Russia a “number one geopolitical foe” back in 2012. He did not support Trump’s campaign, called him a “phony” and did not appear at the GOP party convention in Cleveland.

After Trump and Romney had a private meeting on November 19 and reports emerged of the former Massachusetts governor being at the forefront of the race for State Secretary, advisors of the president-elect and members of his transition team assailed Romney with criticism.

Considering Romney for the state secretary post may be seen as the attempt of the president-elect to reconcile with those Republican Party members who spoke out against Trump.

Meanwhile, his inner circle would apparently prefer Giuliani, who has remained loyal to the campaign throughout.

© Sputnik / Irina Kalashnikova
Voting Ends in Republican Primaries Runoff Across France
Kellyanne Conway, who is one of the senior advisors to the transition, is highly concerned about the possibility of Romney taking the key role in the Cabinet, which she expressed on her Twitter page and in a number of interviews to the US media.

Representative Chris Collins, who serves in Trump’s transition executive committee, also warned against making Romney the State Secretary in his interview to CNN on Monday, saying he is unlikely to take Trump’s foreign policy direction.

Last week, former Arkansas governor Mike Huckabee said Trump would be insulting people who voted for him if he chose Romney as the nation’s secretary of state.

On Friday, US Congressman Dana Rohrabacher stated in a Twitter post he was also under consideration to join the Trump administration as secretary of state.

Hillary lost votes by suggesting US violence based on racism. Trump won votes repeating a commitment to jobs,fair trade as well as law&order

Russia`s relations with the US and the West deteriorated sharply after Crimea rejoined Russia in 2014 and the West accused Moscow of meddling in the conflict in Eastern Ukraine, imposing several rounds of sanctions on Russia.

Russia, US Maintain Contacts on Situation in Aleppo, No Agreements So Far