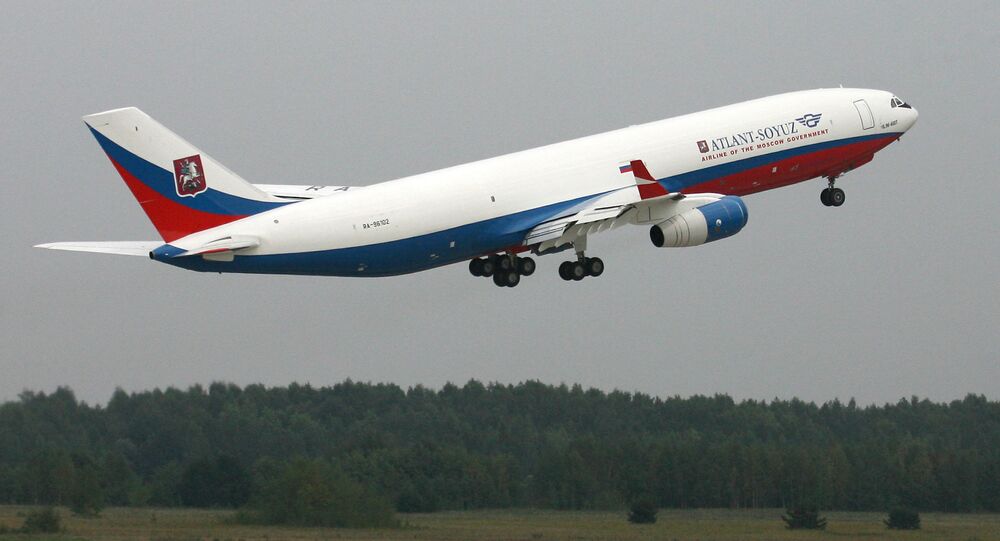 Earlier in the day, a malfunction was discovered on board the plane carrying the Russian journalists and several members of the Russian delegation from Moscow to Lima when it was refueling in Lisbon.

MOSCOW (Sputnik) — The backup Ilyushin Il-96 aircraft will take journalists of the Kremlin pool, whose plane arrived in Lisbon for refueling and could not depart because of a malfunction, to the Asia-Pacific Economic Cooperation (APEC) summit in Peru later in the day, press secretary of the Russian Presidential Property Management Directorate Elena Krylova said on Saturday.

"We have decided that the journalists will fly in a backup plane. It took off at 11:30 MSK (08:30 GMT). They will be able to take off from Lisbon in approximately 5 hours," Krylova told RIA Novosti.

The journalists will arrive in the capital of Peru after the start of the APEC summit.

Earlier in the day, a malfunction was discovered on board the plane carrying the journalists and several members of the Russian delegation from Moscow to Lima when it was refueling in Lisbon. Experts failed to resolve the problem and necessary spare parts were to be delivered from Moscow on a reserve plane.

Facebook (screenshot)
Putin’s Presidential Plane Chased by Swiss Fighter Jets (VIDEO)
Peru has been hosting APEC's all-year-round meetings that will culminate with the economic leaders' summit in Lima on November 19-20. The APEC leaders are expected to work out a strategic vision and guidelines for economic cooperation in the Asia-Pacific region for 2017, which will be laid down in the Lima declaration.

In addition to participating in the working sessions of the summit, Russian President Vladimir Putin will meet with the leaders of Vietnam, Peru, the Philippines, China and Japan. The meeting with outgoing US President Barack Obama has not been scheduled so far, but the Kremlin did not rule out brief talks on the sidelines.