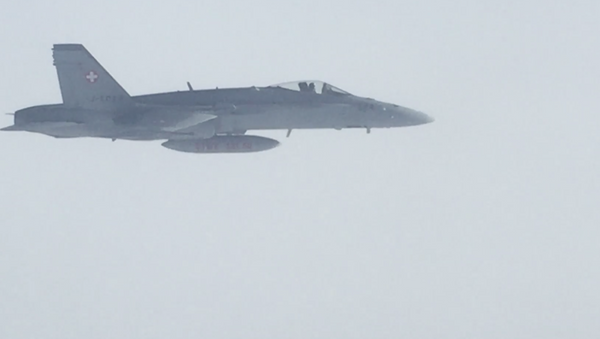 Amid growing anti-Russian propaganda, several countries in Europe have now taken what they apparently consider to be necessary safety measures. On Friday, three Swiss fighter planes flew close to an aircraft carrying Russian journalists heading to the Asia-Pacific Economic Cooperation (APEC) economic summit, held in Lima, Peru. Russian President Vladimir Putin will take part in the South American-based event, though the Russian president was not aboard the aircraft in question.

Andrey Kolesnikov, editor-in-chief of the Russian Pioneer magazine, wrote on Facebook, "We are flying to Peru, to APEC CEO summit […] Flying through Switzerland. At some point, the plane with the delegation and the journalists is blocked from three sides by three fighter jets. […] These are fighter jets of the Swiss Air Force."

Kolesnikov expressed his resentment that the fighters were flying close enough to be what he considered a threat to the flight. The jets seemed to be almost at arm's length, and the aircraft identification numbers, as well as the pilot's faces, could be plainly seen, according to the journalist.

Dmitry Smirnov, correspondent for Komsomolskaya Pravda newspaper, wrote on his Facebook page, "We are flying to Lima with gusto: passed above Switzerland with convoy of two F-18s with ammunition load."

The journalists could not recall experiencing the excitement previously, except one, who mentioned an incident involving an overflight above a country in which a NATO summit was being held. 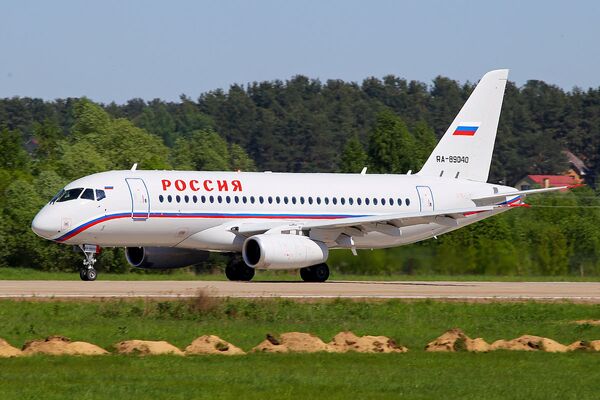 The jets pulled away when the Russian plane reached the Swiss border.

000000
Popular comments
If the Swiss are singling out Russian aircraft for this treatment, it is unacceptable. Switzerland is supposed to be neutral!