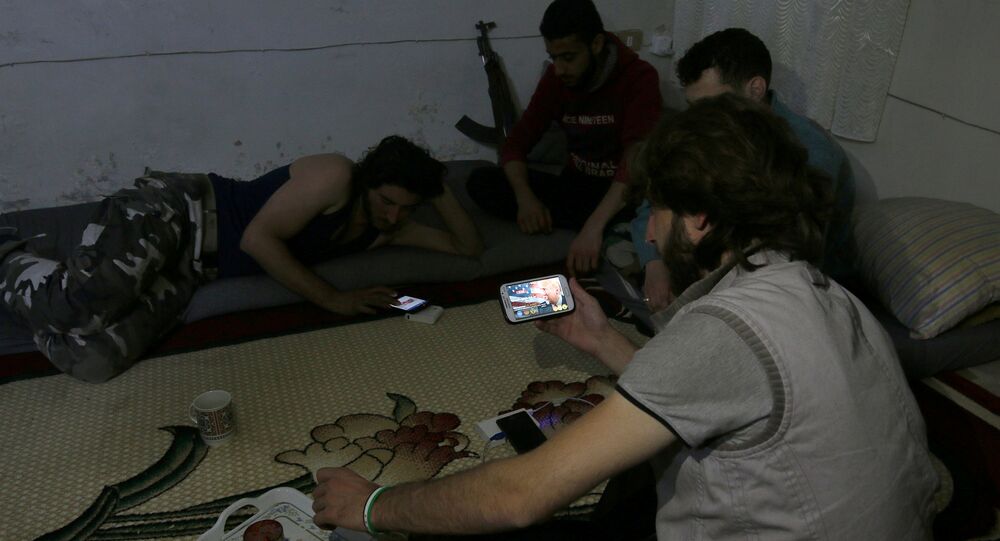 By electing a candidate who's distanced himself from Washington's hawkish rhetoric, Americans are rejecting terrorism and extremism, and voicing a desire to improve relations with other countries, according to Fajer Zeidan, secretary-general of the Syrian Forces Union.

© Flickr / KAZ Vorpal
Trump's Eleven: President-Elect Decides Who Can Help Make America Great Again
Fajer Zeidan, secretary-general of the Syrian Forces Union, believes that by saying "yes" to Donald Trump, American voters voiced a desire to save their country from terrorists and extremists, while bolstering ties with other countries.

In an interview with Sputnik Arabic, Zeidan said that the Obama administration, which at one point included Hillary Clinton, supported extremists such as the Muslim Brotherhood in Egypt and Daesh (ISIL/ISIS) in Iraq and Syria.

He expressed hope that the new US Administration will manage to change this political course.

"We hope that the new Administration [of the White House] will do away with the financing of terrorism emanating from the US and some Arab countries so that a political solution to the crisis [in Syria] may be achieved, in line with the interests of all the conflicting parties," he said.

Zeidan added that first and foremost, US President-elect Donald Trump and Russian President Vladimir Putin should coordinate their actions on Syria so as to help and maintain the sovereignty and unity of the CAP, as well as get rid of the armed groups during the course of a political settlement.

According to Zeidan, relations between the US and Arab countries will improve under Trump, despite the fact that Clinton earlier tried to distort his previous statement on the prohibition of potential terrorists' entry in the United States, claiming that he was against all Muslims.

Zeidan's interview came after Donald Trump's astonishing victory in the November 8 presidential elections in the United States, in which he managed to get the better of the Democratic candidate Hillary Clinton.

Addressing his supporters on Wednesday, he promised to always put US interest first and to "get along well" with all nations willing to get along with the US. He added that Washington would seek "common ground, not hostility" and "partnership, not conflict."

In July 2016, then-Republican presidential candidate Trump reiterated his call for the United States to suspend immigration from any country with a history of Islamic extremism.

© Flickr / awee_19
Putin-Trump A-Team: 'There is No Doubt Russia, US Will Fight Daesh Together'
He has previously called for temporarily banning all Muslims from entering the United States until their identity is determined.

On November 9, Russian President Vladimir Putin congratulated Trump on his victory in the US presidential election, voicing hope that joint work will resolve the crisis in bilateral ties.

"In a telegram, Putin expressed hope toward joint work to lift Russian-US relations from the state of crisis, as well as to address the pressing issues of the international agenda and the search for effective responses to global security challenges," the Kremlin said.