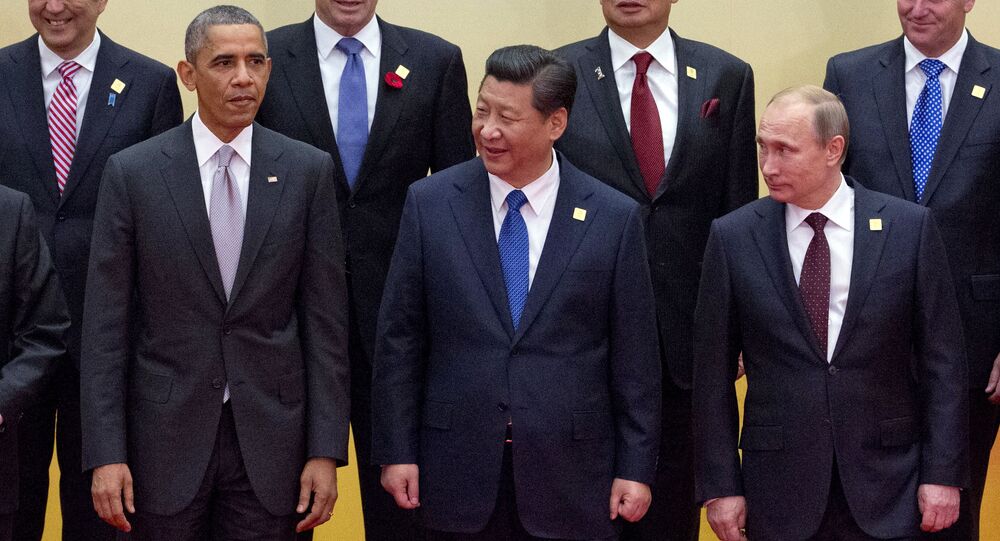 US, Russia 'Have far More Common Interests Than Differences' in Asia-Pacific

Russian-US cooperation in the Asia-Pacific region could have a positive impact both on bilateral relations and regional and global security, according to the authors of a report prepared by the Moscow-based Institute of World Economy and International Relations and the International Institute for Strategic Studies in the US.

© Flickr / poter.simon
Asia-Pacific Pivot: US to Deploy B-1 Bombers to Guam for First Time in Decade
Despite their significant differences regarding a number of pressing international issues, Moscow and Washington could develop bilateral cooperation in the Pacific, according to the authors of the report "Russia and the United States in the Asia-Pacific region", prepared by the Moscow-based Institute of World Economy and International Relations (IMEMO) and the International Institute for Strategic Studies (IISS) in the US.

The presentation of the report, which had been prepared by leading scientists and experts of the two countries over the past two years, took place in Moscow on September 28.

The report contains not only a comprehensive analysis of the situation in the Asia-Pacific region in terms of the prospects for Russian-American cooperation, but also recommendations for the agencies that determine Moscow's and Washington's policy in the region.

In an interview with Sputnik, IISS senior fellow Samuel Charap recalled that the project was launched in 2013, when US-Russian relations "were bad, but much better than today."

Even though the report admits to the deterioration of bilateral relations, it also points to the fact that Russia and the United States remain major Pacific powers and "key players in the diplomatic process and multilateral formats," Charap said, citing a number of US-Russian disagreements on issues related to the Asia-Pacific region.

"But in our opinion, if we compare the Asia-Pacific region to the Euro-Atlantic and the Middle East, the United States and Russia have far more common interests here than differences. This determines the possibility and, in some cases, the need for dialogue and cooperation," he said.

Charap added that both countries rely on the Asia-Pacific as one of the most important regions to help them ensure their economic prosperity and security, especially in the future.

In this vein, analysts cited a whole array of issues related to developing bilateral cooperation between Russia and the United States in the region.

These include issues such as maintaining freedom of navigation and maritime security, as well as the non-proliferation of nuclear weapons and the prevention of armed conflicts.

© Sputnik / Ramil Sitdikov
What Makes Russia’s Policy in Asia-Pacific Different From That in Europe
They also comprise the coordination of efforts to address the North Korean nuclear issue, on which the positions of the Russian and American sides agree in principle.

Additionally, Moscow and Washington could cooperate on elaborating common grounds for confidence-building measures with a view of resolving the territorial disputes in the region.

Last but not least is the removal of barriers to economic integration and the harmonization of relations between existing regional bilateral and multilateral economic unions, according to analysts.