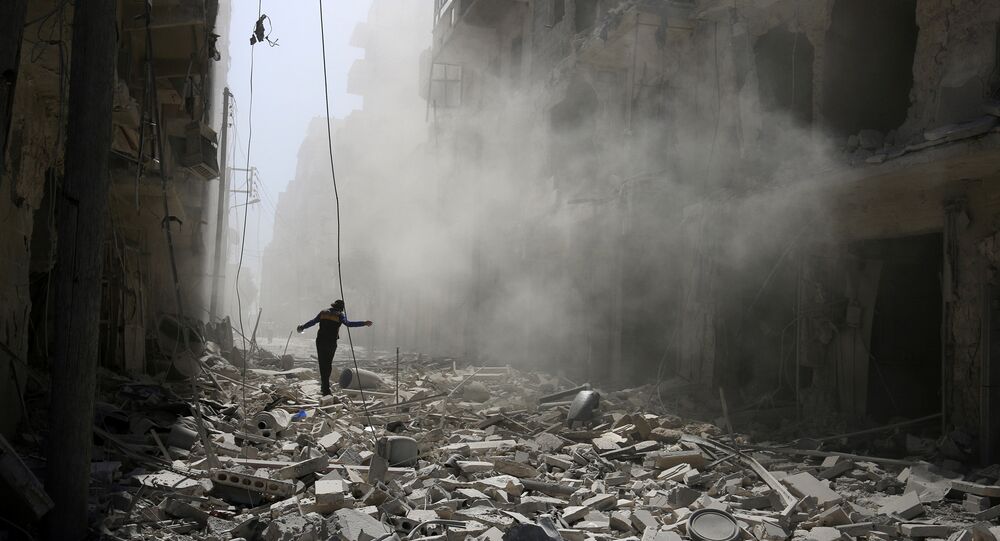 The US and Russian working groups on Syria have remained in contact on the situation in the war-torn country, US Department of State Deputy Spokesperson Mark Toner told Sputnik.

WASHINGTON (Sputnik) — Earlier on Wednesday, US Secretary of State John Kerry told Russian Foreign Minister Sergei Lavrov that Washington is prepared to suspend bilateral engagement with Moscow in Syria unless Russia takes immediate steps to end Syrian operations in the city of Aleppo and reinstate a ceasefire.

"My understanding is that what we are talking about when we say that we can no longer continue our bilateral exchange or relations with regard to Syria, we are talking about these very groups in Geneva, and bringing them home," Toner said on Wednesday. "At this very point the [working] groups remain in Geneva but the question is how long they will remain there."

When asked whether the teams are currently continuing discussions, Toner stated, "I assume they have kept in touch. If we decide to disengage we will bring our people home."

The Russian General Staff said on Wednesday that Russian experts will travel to Geneva to resume consultations with the United States on looking for the ways of improving the situation in Syria.

© AFP 2021 / DELIL SOULEIMAN
The West Should Stop Shipping Arms to the Middle East to Ensure Peace in Syria
Russian defense and foreign ministries are ready to continue joint Russia-US efforts on the Syrian peace process, according to Lt. Gen. Viktor Poznikhir.

Earlier on Wednesday, Lavrov and Kerry agreed on the need to return to basic principles of the Russia-US agreements that aim to resolve the conflict in Syria.