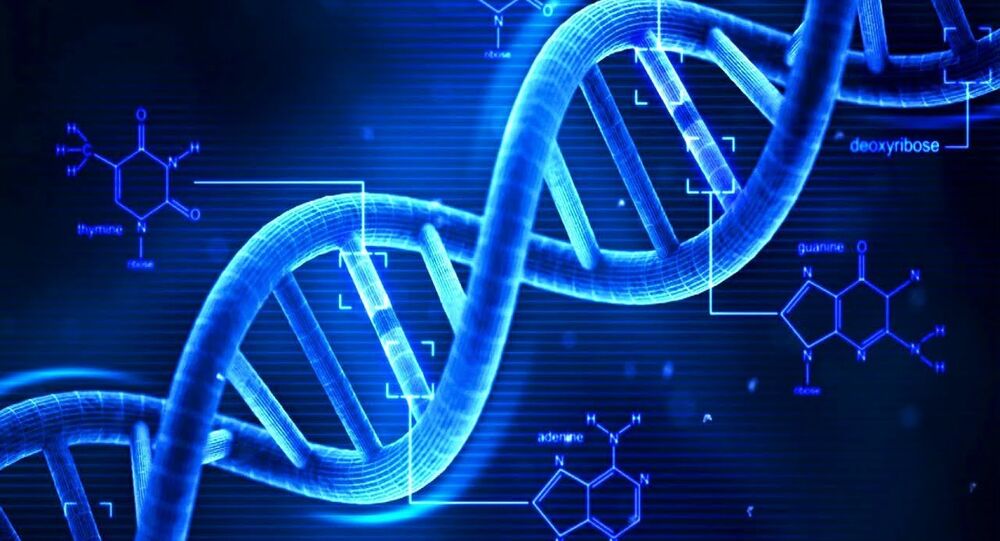 A baby has been born through a new fertilization technique in which US scientists merged the DNA of three people in order to avoid genetic mutations in the child.

WASHINGTON (Sputnik) — The breakthrough, achieved by doctors from the New Hope Fertility Center of New York, took place in Mexico because the “three-person DNA” method has not been approved by regulators in the United States.

"A 5-month-old boy is the first baby to be born using a new technique that incorporates DNA from three people," New Scientist magazine reported on Tuesday.

© CC0
Panic in Kuwait as World's First DNA Collection Law Due to Come Into Effect
The newborn’s Jordanian parents were treated by US fertility experts because the mother carries genes containing Leigh syndrome, a disorder that affects the nervous system and can be fatal.

A team led by Dr. John Zhang created five embryos, only one of which developed normally and was implanted in the mother. Medical tests confirmed that the child did not have any signs of Leigh syndrome.

The United Kingdom, which enacted its law in 2015, remains the only country that formally permits the controversial technique.