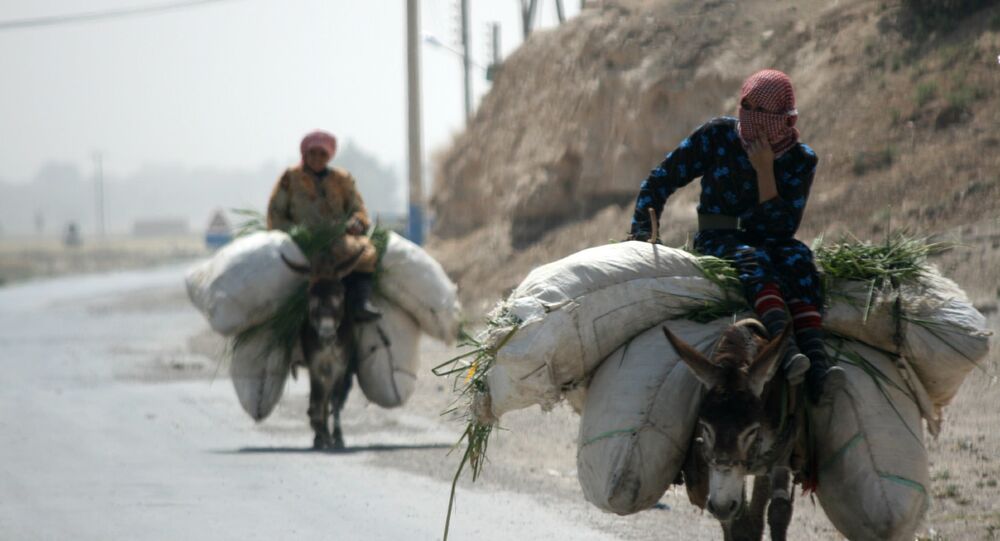 Moscow and Washington exchanged criticism in the aftermath of the US-led coalition’s airstrike on Syrian army positions near the Deir ez-Zor city on Saturday, putting at risk the ceasefire agreement reached between Russian Foreign Minister Sergey Lavrov and US State Secretary John Kerry during marathon talks just a week before.

After the confirmation of the attack by the Russian Defense Ministry, Russia called an urgent UN Security Council meeting. The idea to assemble such a meeting was however met with criticism from the US side.

According to a statement by the US envoy to NATO, Samantha Power, the coalition halted the attack "when we were informed by Russia that it was possible that we were striking Syrian regime military personnel and vehicles."

She said the investigation was underway but in case Washington determines that the coalition had stricken Syrian military personnel, "that was not our intention, and we, of course, regret the loss of life."

However, the statement focused not on the apology but on criticism toward Russia over the idea to call an urgent UNSC meeting.

According to Power, the move was "a stunt replete with moralism and grandstanding" and "uniquely cynical and hypocritical."

According to Russian UN Ambassador Vitaly Churkin, the attempt of the United States to conceal the fact that it is losing control on the situation in Syria may stand behind coalition airstrikes near Deir ez-Zor.

"It may well be, and this is just a conjecture, that the United States is trying to hide a fact that they are actually not in control of the situation, that they allow the situation to get out of control," Churkin said.

© REUTERS / Kevin Lamarque
Details of Russia-US Deal on Syria Disclosed After Coalition's Attack on Syrian Army
The United States violated its obligations given to Damascus two years ago at the start of its military operation in Syria and chose rather a strange time to carry out airstrikes near Deir Ez-Zor, which made it hard to believe that the coalition forces missed out, Churkin added.

According to Russian Foreign Ministry spokeswoman Maria Zakharova, the strikes, which allowed Daesh militants to briefly overrun a Syrian army position near Deir er-Zor airport, proved that the United States has been helping the extremists.

"If earlier we had suspicions that the Nusra Front is protected this way, now, after today’s airstrikes on the Syrian army, we come to a really terrifying conclusion for the entire world: the White House is defending IS," Zakharova said in a statement.

Russia demands "a full and detailed explanation" from Washington, Zakharova said. According to the spokeswoman, the explanation was expected at the UNSC meeting.

In a statement made before the UNSC meeting, Power harshly criticized the claims made by the Russian spokeswoman.

"Russia really needs to stop the cheap point scoring and the grandstanding and the stunts and focus on what matters, which is implementation of something we negotiated in good faith with them," Power said.

According to Power, Zakharova should be "ashamed" for her words on the alleged US support for Daesh group.

"Indeed, the Russian spokesperson, I believe, came out and thought somehow that we were complicit and that we were even trying to protect ISIL. Really? … This is serious for us; it is not a game. And that spokesperson who suggested complicity really should be embarrassed," Power said.

On her Facebook page, the Russian spokeswoman responded saying that, instead of rubbing shoulders with terrorists and the so-called "moderate opposition" in Syria, Power should go there to meet ordinary Syrians who are still alive "despite the almost six-year-old bloody experiment being staged on them with Washington’s active participation."

© AP Photo / Dan Balilty
Israeli Army Says Intercepts Projectiles Fired From Syria
Australia, which is a part of the US-led coalition that has been carrying out airstrikes in Syria without coordination with Damascus, issued an apology over the attack on Sunday, saying it had part in the unintentional attack.

The US Defense Department later confirmed that Australian aircraft were involved in the US-led coalition operation which killed dozens of Syrian soldiers.