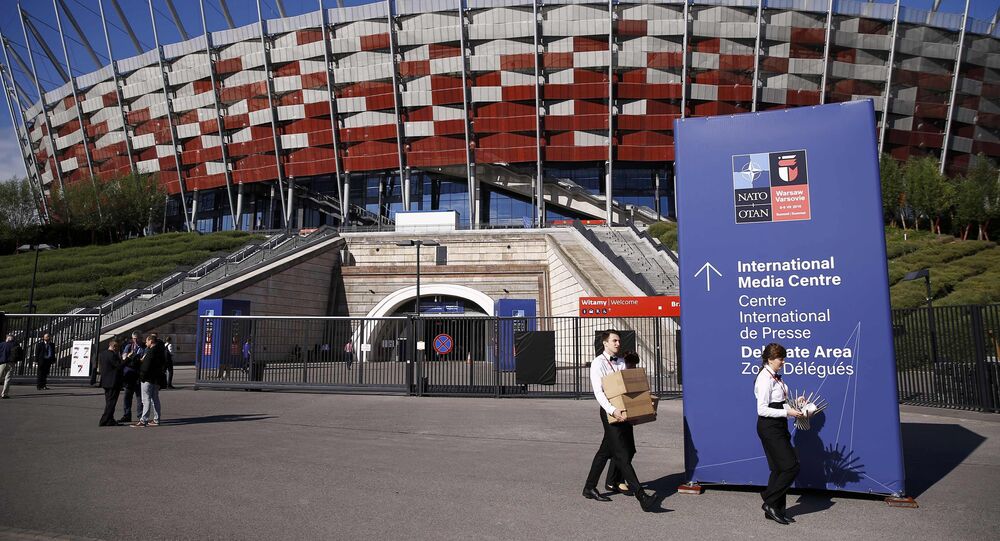 NATO-enlargement is not relevant due to possible consequences of such policy, Senator and former Republican presidential nominee Rand Paul told Sputnik.

© AFP 2021 / Jim WATSON
US Must Cooperate With Russia, Bear in Mind Cold-War Experience
WASHINGTON (Sputnik), Leandra Bernstein — The discussion in the US Senate on bringing new members into NATO are facile as the officials shut their eyes to possible consequences of such policy, Senator and former Republican presidential nominee Rand Paul told Sputnik.

“I think it is a very simplistic understanding of NATO, that it has no ramifications,” Paul said when asked about the Senate support for the accession of Montenegro to the alliance.

Paul, a strong critic of US foreign policy adventurism, argued that US officials “need to think these things through, that they aren’t as simple as ‘let’s put everybody in NATO.”

During a Wednesday Foreign Relations Committee hearing on the enlargement of NATO, Paul questioned witnesses from the Department of State and Pentagon on the possible negative consequences of expanding the military bloc to Georgia, Macedonia, Ukraine and other nations with strong historic ties to Russia.

© AFP 2021 / PHILIPPE DESMAZES
Russia-US Syria Deal Potentially a Game-Changer - de Mistura
After the hearing, Paul told Sputnik that he was “surprised” at the officials’ support for Georgia joining NATO at some point in the future, given ongoing territorial disputes between Russia and the West over the independence of Abkhazia and South Ossetia.

"Because essentially if Georgia were in NATO right now, we would be at war with Russia, which is a significant —a big problem,” Paul said.

Moscow has repeatedly stated its strong opposition to the expansion of NATO, which has been increasingly conducting military exercises along Russia's western border with the specific aim of deterring Moscow.

The US Senate is scheduled to vote on the accession of Montenegro as a new member of NATO in the near future.

US Senator: Russian Concerns Over Expanding NATO Membership 'Not Legitimate'

EU Defense Union Will be 'Alternative to NATO, Prevent Mass Purchases From US'