US Must Cooperate With Russia, Bear in Mind Cold-War Experience 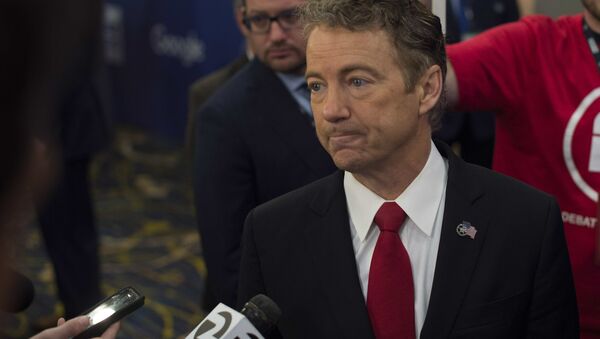 “People say, ‘We’re going to punch Russia in the nose,’ or ‘We’re going to have a no-fly zone and shoot down Russian planes.’ These people didn’t remember anything about the Cold War when we tried to avoid a war with Russia,” Paul said.

Kerry: US-Russia to Coordinate Actions Against Daesh, al-Nusra Front
In light of the popular political trend to demonize Moscow, Paul explained that diplomatic relations with Russia were important, especially in the context of efforts toward a political settlement in Syria, which has been embroiled in civil war for the past five years.

“It doesn’t mean we agree and let Russia do whatever it wants, it does mean that it is important to continue to have good relations,” Paul stated.

During the Republican presidential debates on Wednesday, Paul criticized his more hawkish opponents for anti-Russia rhetoric, which he argued would set off World War III.

US-Russian relations have deteriorated since 2014, but the two countries continually engage in diplomacy at the highest level.